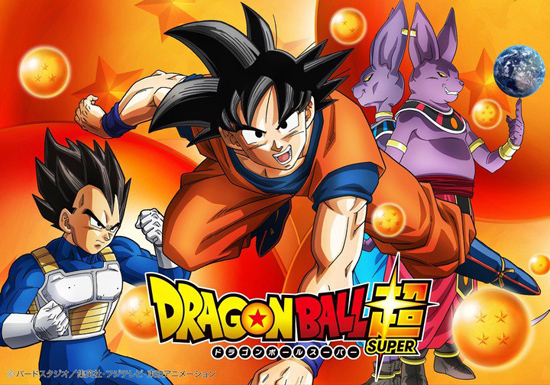 With the start of the series imminent, some big Dragon Ball Super (how are we going to abbreviate this series, anyway? DBS?) news out today.

First off, the name of one of the series’ new characters, the purple Beerus-lookin’ guy featured on the new posters, has been revealed.

The new character, pictured in this image on the far right, is named Shanpa. Resembling a slightly overweight Beerus, there is speculation that Shanpa may be, like Beerus, a God of Destruction.

The other big news today is that Toei Animation, the studio behind Dragon Ball, is listing Dragon Ball Super at 100 episodes. At least, so says their European site. The Japanese site, which should be taken as the ultimate authority on these things, doesn’t yet reflect that number, so take it with a grain of salt.

Still, Dragon Ball is not known for its brevity, and even the universally-loathed Dragon Ball GT ran 64 episodes, so one suspects we are in for a series of decent length.