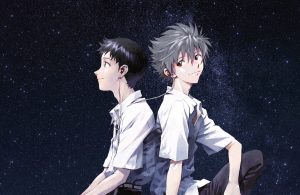 It’s been a long time coming, but we finally have an idea of when to expect the next Evangelion anime film, Shin Evangelion Gekijou-ban:||. A teaser hit theaters along with Mamoru Hosoda’s MIRAI, lining the anticipated entry in Khara’s Shin Evangelion series up for a 2020 opening.

For some perspective, it’s been about six years since the title below was originally announced, which was around the time the previous movie, Evangelion 3.0: You Can (Not) Redo, made its debut.