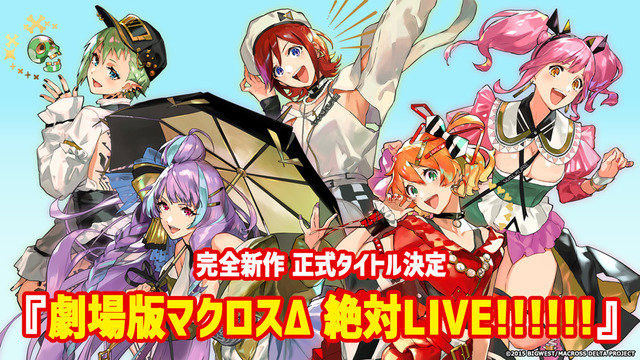 There’s a new Macross Delta movie on the way, and whoever named it appears to be very excited.

Very little is known about Macross Delta Zettai LIVE!!!!!! so far, but it has been confirmed that the film will feature an original story. That’s in contrast to the earlier Delta film, Gekijō-ban Macross Delta: Gekijō no Walkūre, which retold the TV series.

Macross Delta fans: are you excited??????