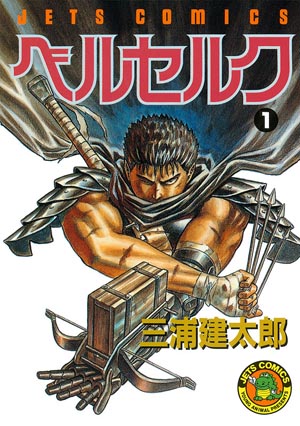 If there’s one word to describe Berserk fans, it might be “patient.”

Fans of the dark fantasy series, which started life as a manga in 1990, have had some long waits on their hands. The anime series, for example, ended without a clear conclusion, and it took over a decade for the movie trilogy to come out and… end pretty much where the series did. D’oh.

But even more epic might be the wait for new volumes of the manga from artist Kentaro Miura, who, since about 2006, hasn’t exactly worked on a regular schedule.

So for Berserkers, there’s some good news and some bad news (that really isn’t all that bad – bear with me a second).

The good news is that Miura is, indeed, set to continue Berserk. The bad news is that it’ll take a while, as Miura first has to finish his new project, a manga mini-series called Gigantomakhia.

We don’t know so much about Gigantomakihia yet, but apparently it’s set 100 million years in the future, will begin with a 44-page opening chapter and run six chapters in total. 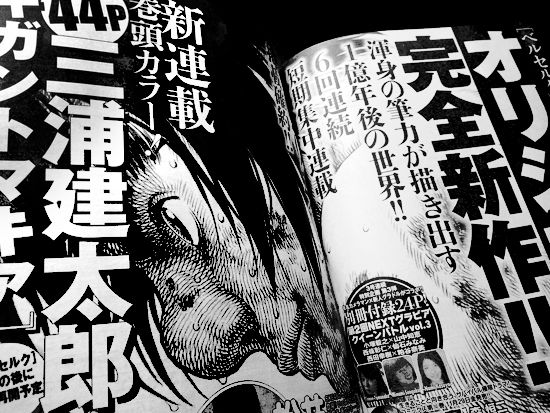 Additionally, a trip to Wikipedia tells us “in Greek mythology, Gigantomachy (from Greek: gigantomakhia) was the symbolic struggle between the cosmic order of the Olympians led by Zeus and the nether forces of Chaos led by the giant Alcyoneus.” Whether or not Miura is using the Greek myth as a direct influence, or just a cool title, remains to be seen. But based on his track record, I think we can expect some epic battles.

So, no new Berserk for a while, but a futuristic story from the creator of Berserk? I do believe this is good news after all.