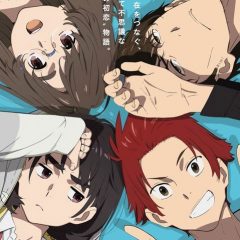 The team behind 2011’s Anohana: The Flower We Saw That Day are back with a new original film. Her Blue Sky (Sora no Aosa wo Shiru Hito yo) is set to hit Japanese theaters October 11, and now it’s got a fresh new poster.

The film is directed by Tatsuyuki Nagai, written by Mari Okada and character design-ed by Masayoshi Tanaka. That’s the same creative team behind Anohana and The Anthem of the Heart.

Like those two properties, Her Blue Sky is set in Chichibu, Saitama. It centers around a group of four high schoolers, and features both a love story and time travel.

The main cast is as follows:

The new poster displays those four main characters against a blue sky backdrop. The tagline on the poster reads: “a painful, mysterious story of ‘a second time first love’ that binds the past and the present.” 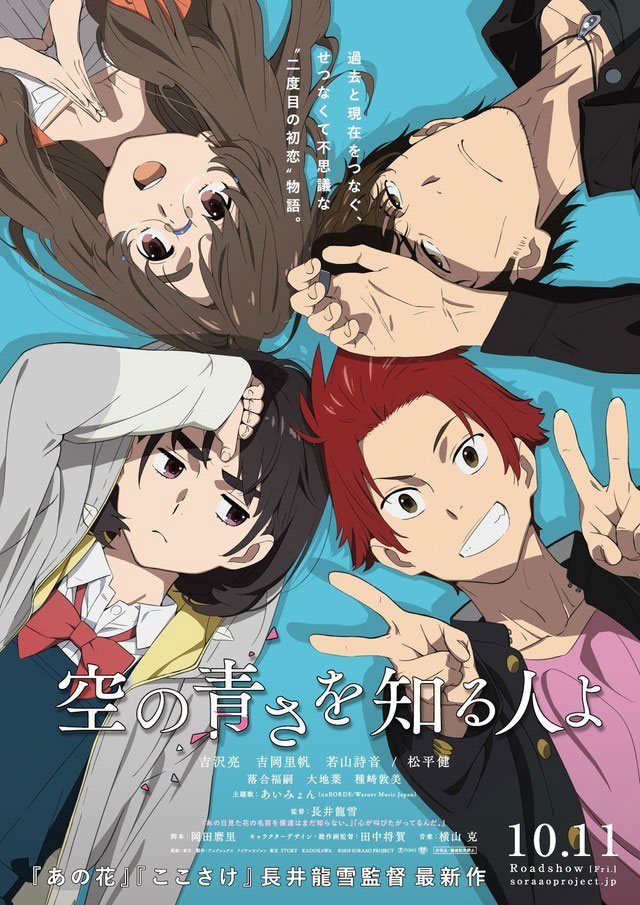