This past weekend saw the Sengoku Basara 4: Basara Matsuri 2014 ~Shinshun no Utage~ event held at Tokyo’s Nippon Seinenkan Great Hall. While there’s already plenty to celebrate about Capcom’s series, including Sengoku Basara 4 on PlayStation 3, the event also revealed a new TV anime in the works.

Sengoku Basara is no stranger to anime, having previously been adapted into two TV series and an animated film. No further details were provided on the new series beyond the general announcement. 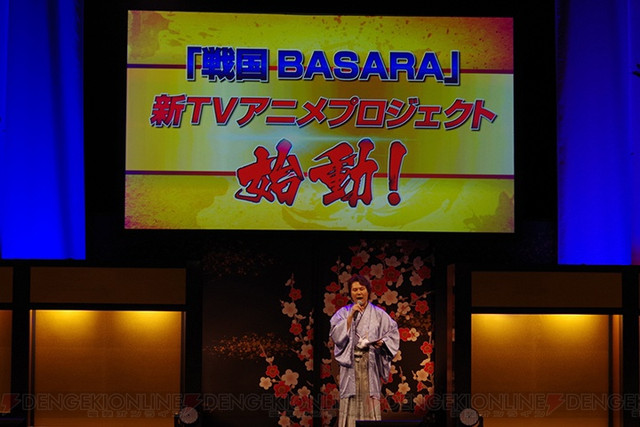 Another nice little treat to be announced was a crossover with Devil May Cry in the form of a downloadable Dante costume for Date Masamune. The costume will be available in Japan on January 23 for ¥300 ($3).

You can read a full English language report of the Sengoku Basara event at the Raindrops and Daydreams blog.