New World Trigger Anime On the Way with Original Story 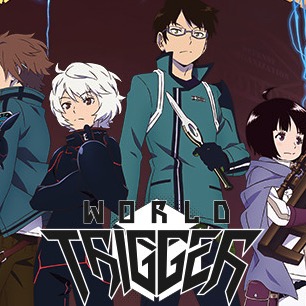 Fans of Daisuke Ashihara’s World Trigger series have something completely new to look forward to later this year. A new TV anime series was announced at the World Trigger Natsu Matsuri 2015 event, promising an original story not depicted in the manga, with a premiere set for this October.

Tentatively titled Isekai Kara no Tōbōsha (Fugitives from Another World), the new World Trigger series will feature new characters. While the event had a bunch of the current anime’s voice cast in attendance, there’s still plenty of mystery surrounding the project.