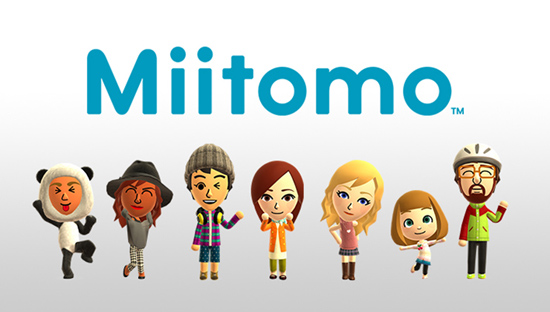 They said they wouldn’t. But now they have.

Miitomo uses Nintendo’s Mii avatars and is described as a “social experience.” Essentially, it sounds like a game centered around silly theoretical questions shared among friends. Said Nintendo:

All of you must have had the enjoyable experience of being prompted by a friend to talk about something that you might not normally bring up in the course of your conversation. Mii characters facilitate this kind of social play structure with Miitomo.

Unlike most communication apps, with which you are supposed to proactively dispatch your message, in Miitomo, talkative Mii characters will automatically spark unique conversations and help friends connect on random, fun and light-hearted topics. 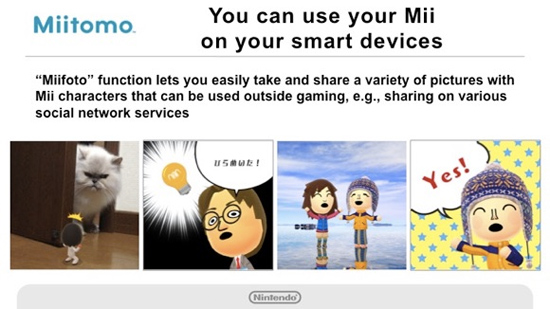 Miitomo will also include a feature called Miifoto “with which you can create and share various pictures with Mii characters.”

The app will be released on iOS and Android.

Not too hot on Miitomo? Nintendo has promised its second smartphone app will feature “one of the company’s best-known characters,” though they haven’t said who.

Meanwhile, My Nintendo is a reboot of Club Nintendo, the loyalty program offered in Japan from 2003 to 2015. My Nintendo will offer discounts on Nintendo products tailored toward specific users. For example, a user might get a discount on his or her birthday. It will also have a points-based reward program like the old Club Nintendo. 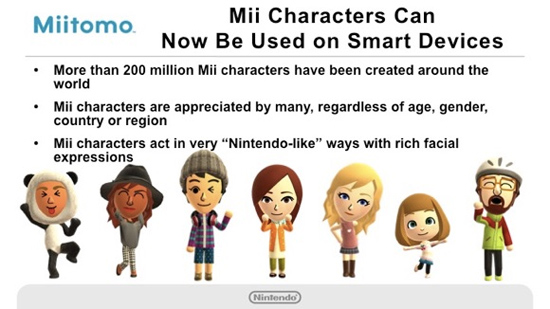