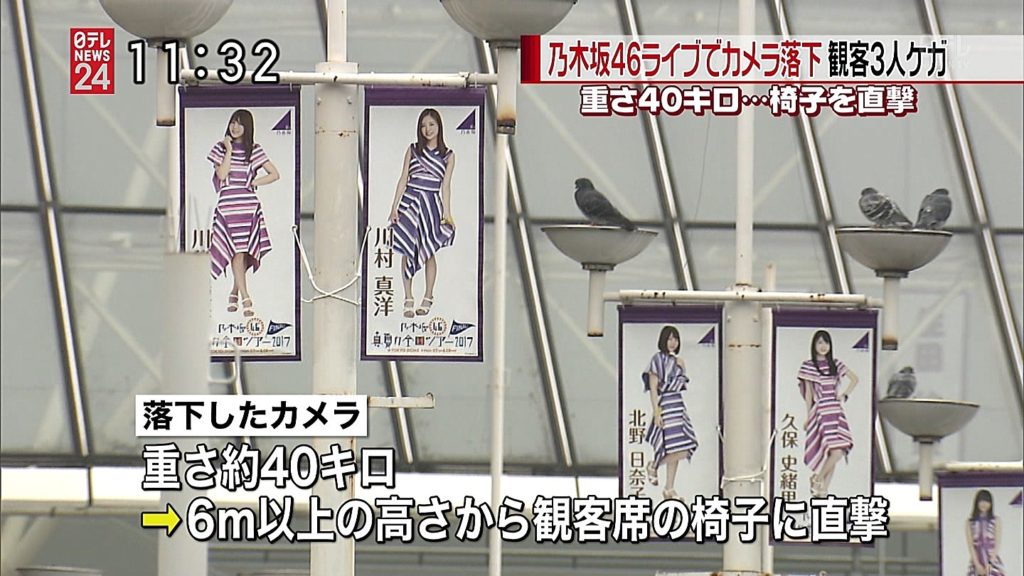 Three fans were injured by a camera that fell during a performance by Nogizaka46 at Tokyo Dome Tuesday, according to Tokyo Reporter.

Nogizaka46 is, of course, a spinoff of idol group AKB48 featuring—you guessed it—46 active members.

Three Nogizaka46 fans suffered injuries when the 88-pound camera fell on them from a height of about six yards.

The incident wasn’t serious enough to stop the concert, apparently, and the injuries were reported as minor.

Still, the last thing you want when you’re idoling out is an 88-pound camera falling on you.