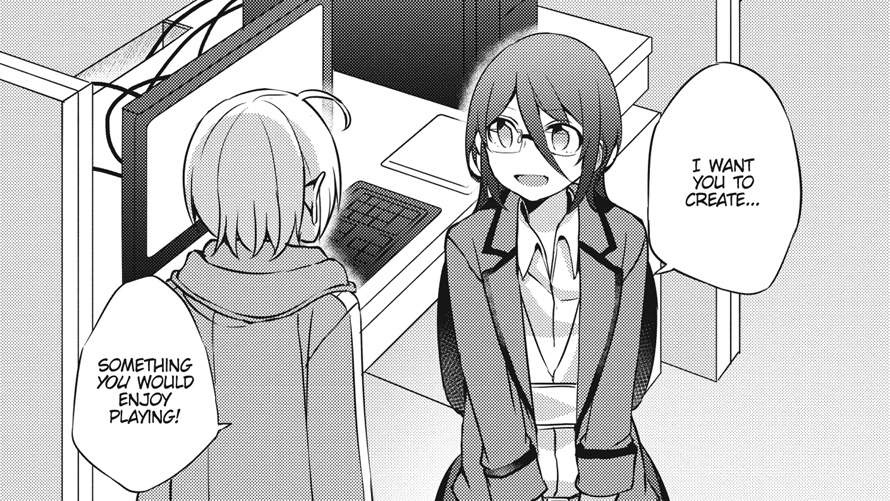 Takagi is a chipper new hire at a social media game company. She’s awed by her boss and mentor Sakurazuki, who created her favorite dungeon game, KoroDun. In person, Sakurazuki is cool and standoffish—until the afternoon the two women kiss. Now their daily interactions are more awkward than ever, at least until one of them breaks down and confesses that their feelings go deeper than mentor and protégé.

Now Loading…! is a yuri manga that follows all the familiar tropes of BL manga, but with moe girls instead of bishonen boys. There are no male employees at this game company, and all the women are cute, perky, and not-so-secretly crushing on each other. Though Takagi and Sakurazuki try to keep things professional, the plot throws up one romantic-tension trope after another: the drunken confession! The hotel room with only one bed! 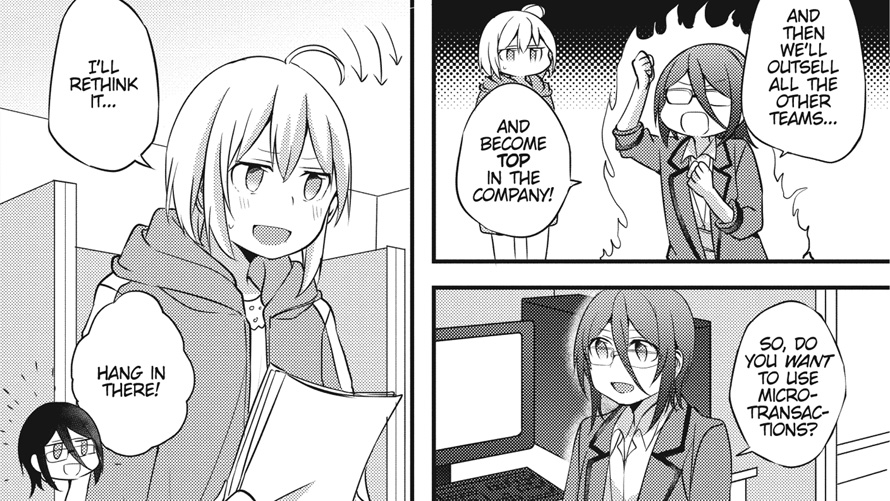 The manga periodically flirts with the reality of working in the game industry, sharing mundane details of the characters’ jobs and their gripes about work. (In one amusing sequence, they interview hopeless new applicants like a guy who only wants to draw character designs and a woman who loses interest when she finds out they don’t make harem dating sims.) But for the most part this is a frothy fantasy where cute girls bond over UI issues and talk about their feelings on the roof of their office building the way characters in teen manga talk on the roofs of schools. 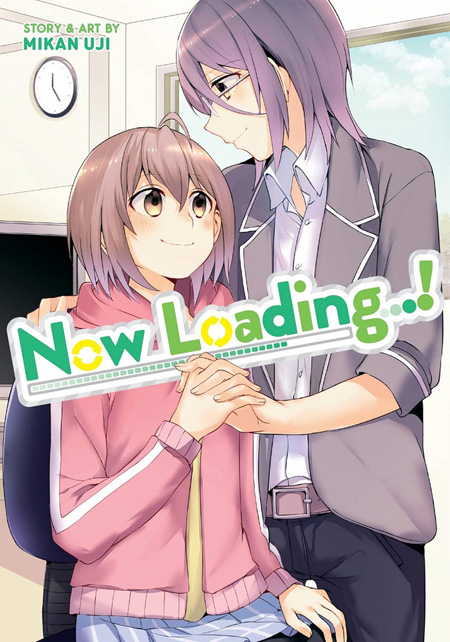 It’s a sweet story, and it’s always nice to read an LGBT-themed manga where the characters hang out, go on dates, and behave more or less normally instead of getting mired in soap opera drama (though drama can be fun, too). On the downside, it’s all a bit bland. The characters look appealing, if not particularly memorable, but the backgrounds are mostly limited to featureless offices with a few pieces of generic furniture or vending machines; so much more could be done with a game company as a setting. Takagi’s coworkers are cute, but their personalities are barely sketched in. Complete in one volume, Now Loading…! is a breezy little romance crossed with geeky-dream-job fantasy, but it’s not much more than that.