O Maidens in Your Savage Season is anime at its most hilarious, terrifying, frustrating, and awe-inducing. 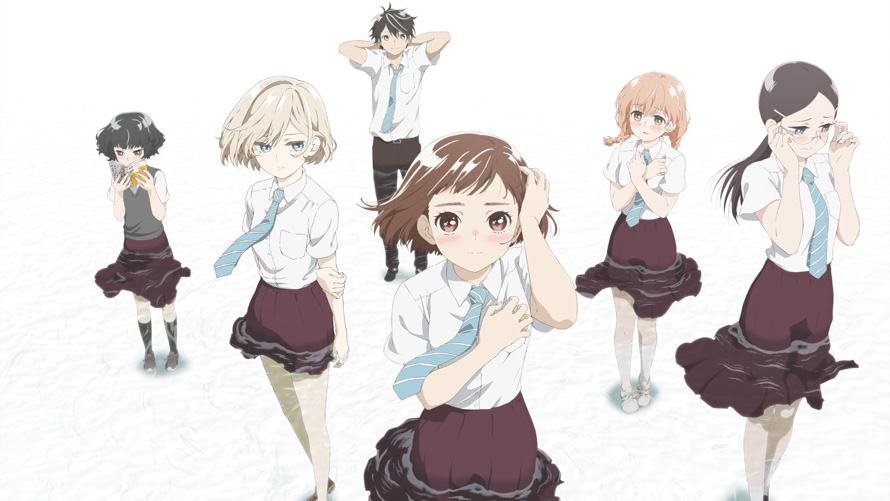 Growing up is hilarious, terrifying, frustrating, and awe-inducing. It may not have felt that way when you were experiencing it, but looking back on it now, you likely miss the rush of feelings that sometimes came with blossoming into adulthood. O Maidens in Your Savage Season is a testament to just how disjointed, confusing, and particularly funny becoming an adult can be.

With giggle-inducing discussions of sex, puberty, and other adult-oriented topics, it’s the anime equivalent of discussing whether you read Playboy with your friends as a high school student or when you planned on “going all the way” with your boyfriend or girlfriend when Mom and Dad weren’t home. But while there are plenty of comedic moments, there are also dramatic scenes that keep it pretty far removed from light and airy school comedies like Girls High or Ichigo Mashimaro. In this, it’s got substance and plenty of reasons to laugh at the situations in the show.

But, ultimately, what you’ll take away from the series depends on your own experiences growing up. If you spent a lot of time discussing these kinds of topics with your own friends while on the precipice of adulthood, you’ll likely get more value out of it. With that said, it’s an enriching tale that’s well worth watching, no matter your age or how you identify. There’s something here for everyone.

Kazusa Onodera is the main character, though much of the show is spent revolving around each girl. She’s the best friend of Niina Sugawara and Momoko Sudo’s childhood friend. She’s average in every way, though that makes her unique in that she’s hiding some particularly strong emotions beneath a seemingly pedestrian shell.

And then there’s Niina Sugawara, Kazusa’s best friend. She’s gorgeous, and the guys at school all know it, of course. Initially, this doesn’t really matter to her, due to a traumatic experience she had during her childhood, but she gradually begins to fall for the only male character in the series and Kazusa’s childhood friend Izumi Norimoto.

Hitoha Hongo is a bit more mysterious than the others, and even writes her own novels, mostly erotica. She’s in a scandalous relationship as a young woman named “Hitoto-san” with “Milo-san” in an online chatroom, and eventually decides to meet him in real life, which comes tumbling down in a bizarre, awkward reveal that we really all should have seen coming.

Rika Sonezaki is the president of the literary club, but she doesn’t have much of an interest in the opposite sex. She’s far too serious and a bit of a purist, but that tends to make her more popular with guys and able to enjoy healthier relationships with them, strangely enough.

So what do all these ladies do when they get together? In one episode, they’re reading steamy passages from erotica, to start with. One scene finds Kazusa heading over to her crush Izumi’s house, hears some strange noises coming from his room, and realizes she’s walked in on him doing something pretty intimate—you can likely guess what that is. This realization shakes Kazusa and opens her up to a ton of other questions about how things work between men and women—even if it makes her relationship with Izumi a bit odd going forward. That’s probably something many of us have experienced before, and it never gets any less awkward to navigate.

The girls are constantly having discussions about a wide variety of topics, but you can’t discount O Maidens in Your Savage Season as a traditional romance series, with the love triangle from Kazusa falling in love with her childhood friend who’s apparently interested in one of her friends. There are these heartbreaking moments that feel a bit too real, which will catch you off guard with some surprisingly poignant conversations you might have to dab your eyes at.

Of course, that’s offset by Rika being totally unable to say the word “sex,” Kazusa believing she has an STD, and myriad other silly happenings that will ultimately result in conflicting feelings on how much you don’t want to go back to those weird high school days.

The girls also hang out in the literature club, at school (you first get to know them there, in fact)—which is kind of a terrible place for them to have the types of conversations they do. In fact, they often argue about “vulgar” topics and don’t actually have a club advisor to lead them. But they carry on anyway, because this is their one place to meet that’s convenient and private—at least, to a degree, until they start arguing over one of their decidedly more adult conversations.

And given how often this happens, you have to kind of understand where the poor teachers are coming from. You can’t have a group of teenagers talking about sex openly in school where other students could hear and get the wrong idea, after all. 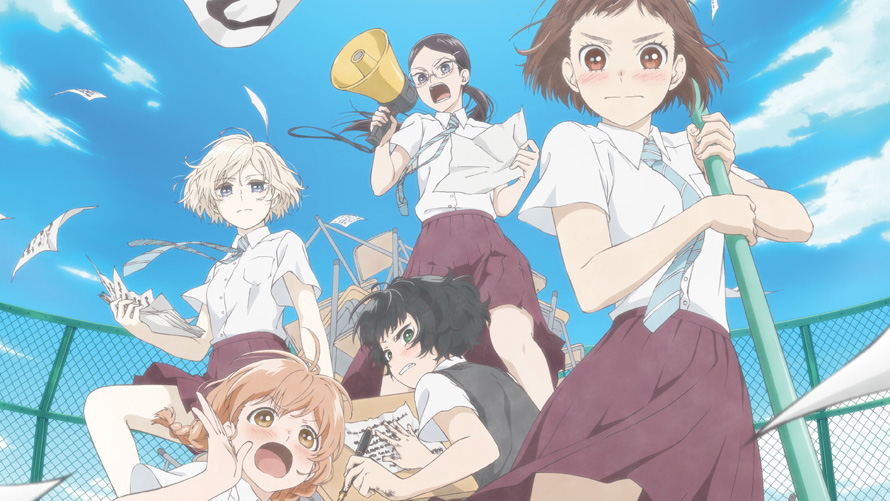 There’s a lot to enjoy about O Maidens in Your Savage Season, especially if you’re either still in high school or look back fondly on those days. It does an extraordinary job of addressing the confusion and trepidation that comes along with growing into adulthood, but even during its more tender moments, it isn’t afraid to inject laughter, realistic embarrassment, and serious drama to level things out.

Despite its short length, it accomplishes so much in its first season that there absolutely must be another one to follow it—this is the type of anime that does more than entertain. It does a service as well. It gives viewers who may potentially feel alone or that no one could possibly understand what they’re going through an outlet as well as a mirror, not to mention reassurance that, no matter what, getting older is just really pretty weird, overall.

O Maidens in Your Savage Season is available from Sentai Filmworks.

To learn more about the source material which inspired this anime, check out our review of the O Maidens In Your Savage Season manga.