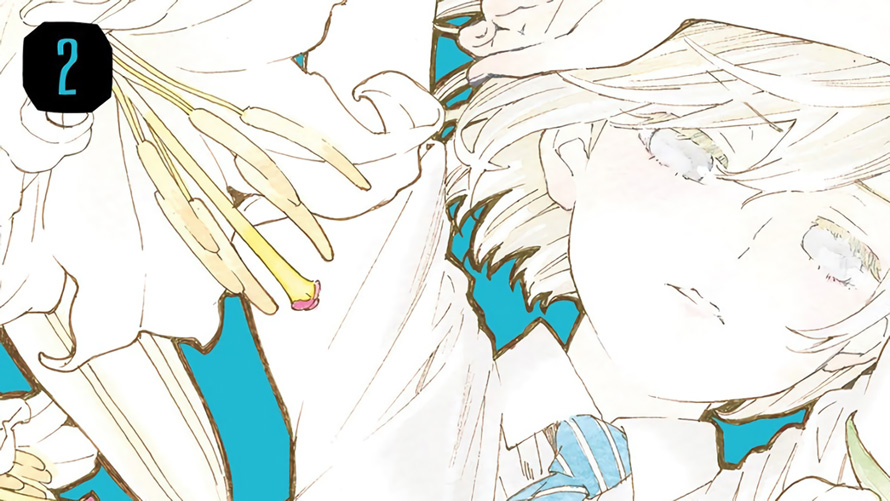 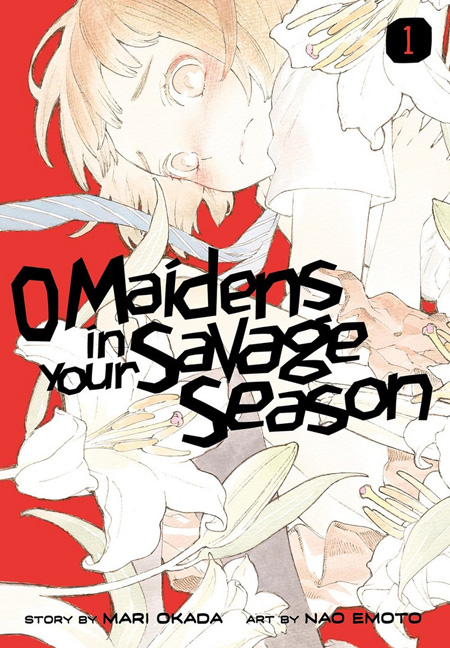 The all-girl Literature Club at Kazusa Onodera’s high school is supposed to devote itself to high-minded literary discussion. But lately every adult scene in a novel gets the members embarrassed, distracted, and ultimately hot and bothered. When their latest reading assignment gets them talking about bucket lists, aloof golden girl Sugawara comes out and says it: she wants to have sex. Kazusa isn’t sure she’s ready to do the deed—she’s never even had a boyfriend—but her hormones are driving her to distraction. It doesn’t help that Izumi, the boy next door and her friend since early childhood, is growing up and looking fine. Does he have impure thoughts too? Surely not, thinks Kazusa: “Izumi can’t even eat carrots!”

This is an adorably horny manga, a sort of gender-swapped American Pie about girls navigating the hot, bubbling swamp of teenage hormones. The rest of the sexually frustrated Literature Club includes Kazusa’s equally inexperienced best friend Sudo; the prudish and repressed Sonezaki, who pushes the group to invent a euphemism for sex so she doesn’t have to hear or say the word; and Hongo, a surly aspiring author who experiments with cybersex to research the smutty scenes in her manuscripts. After reading the overwrought metaphors in books, the girls see Freudian symbolism in everything and freak out over seemingly innocuous phrases like “pork stew.” In one scene, Kazusa keeps running into suggestive sights like a mated pair of dragonflies and a train going into a tunnel. Back in the realm of actual sexual possibility, the girls start meeting boys who might offer the opportunity to turn fantasy into reality, or at least into a nice date. 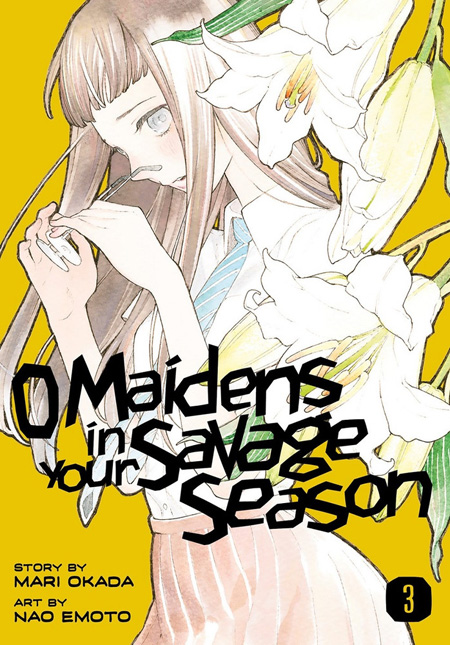 Despite the nonstop ribald jokes and soup-thick atmosphere of sexual tension, O Maidens in Your Savage Season is sweet and understanding rather than salacious; even the title strikes a tone of amused, adult indulgence toward the teenagers’ frantic emotions. It’s rare to see a teen manga this frank about sex and sexual feelings, even rarer to see one that treats them as grist for character development and knowing humor rather than fanservice. The art is appropriately innocent and appealing: the characters are cute but not childish, with round faces and dark, shimmering eyes, and Nao Emoto gets a lot of visual humor out of the way the girls ricochet between flustered blushing and hilariously overwrought panic attacks. If there’s such a thing as a wholesome sex comedy, this is it, and it’s smart and good looking to boot. Recommended.