One Piece: Episode of Chopper 2014 Previewed 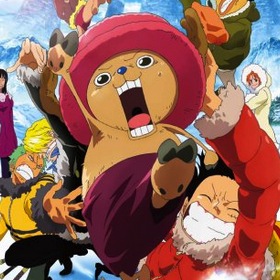 The 2008 film One Piece: Episode of Chopper + Fuyu ni Saku, Kiseki no Sakura is getting a special edition, set for a New Year’s Eve debut on Fuji TV and its affiliates. In celebration of the TV anime adaptation’s 15th anniversary, new animated footage has been added to the film.

One Piece: Episode of Chopper, described by Livedoor News as “the most tearful [film] in One Piece history,” follows the story of Tony Chopper’s first encounter with Luffy and the Straw Hats. Series creator Eiichiro Oda made some contributions of his own in the early planning stages.

You can see a preview of the updated special in the 30-second ad below.