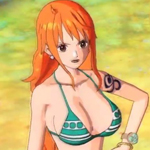 Originally released on Nintendo 3DS in Japan, One Piece Unlimited World: Red is making its way to consoles and PS Vita, and all versions will be coming west this summer. The action game is currently set to hit PlayStation 3, PS Vita, Nintendo 3DS, and Wii U in Europe on June 27, followed by a North American release in July.

The day one edition of the game comes with ten exclusive outfits and a special “Flame Fist & Straw Hat” quest that reunites Luffy and his brother Ace. Those who want even more can pony up for the Chopper Edition, which packs the day one edition of the game, a Chopper key holder, ten stickers of the Straw Hats and the game logo, a Chopper wall scroll, Chopper lanyard, art book, and the Takoyaki DLC pack, which includes three costumes and a quest.

Set sail on a gripping adventure in the New World with the beloved Straw Hat Crew in One Piece: Unlimited World Red. Dive into a wayfaring journey with fun-filled escapades, action-packed battles and powerful comrades in a whole new never-beforeseen scenario. Play as members of the Straw Hat crew and progress through the episodic storyline with encounters against famous bosses like Rob Lucci, Caesar Clown, and more. Master a large variation of flashy combos and test your reflexes by pressing the right button at the right time to counter, dodge or otherwise interact with enemies. Enjoy endless playability by exploring the central town and taking on quests to assist the townfolk and gain more rewards and items.

Hunter x Hunter Manga Returns, Heads to US Shonen Jump
The Vault of Error: Attack of the Super Monsters