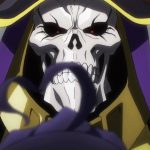 If you’ve been looking forward to the second season of the Overlord anime—based on the light novels by Kugane Maruyama—you’ve got a few streaming sources to look forward to this month. The series made its debut in Japan on Tuesday, and both Crunchyroll and Funimation confirmed simulcast plans.

Start dates and territories have yet to be fully divulged, but they should be coming soon. Funimation also announced that Overlord II will be part of its latest batch of SimulDub shows, so look forward to watching the continuing adventure with English voices in the not-too-distant future.

CONFIRMED: We got season 2! #Overlord pic.twitter.com/ralJggOx0V