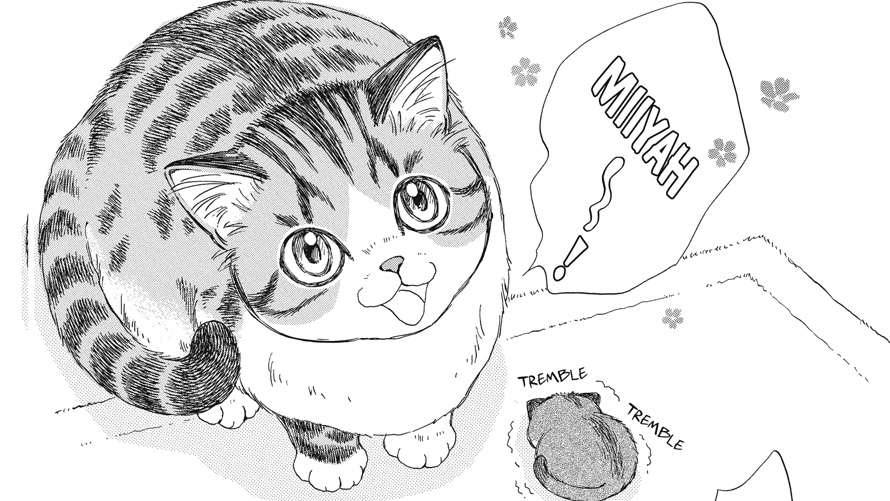 Plum is a cat who lives with her owner, high schooler Taku Nakarai, at his mother’s traditional dance school. Plum is a sweet, smarter than average cat and is comfortable at home with the Nakarais—until a stray kitten shows up to disrupt her peaceful life … 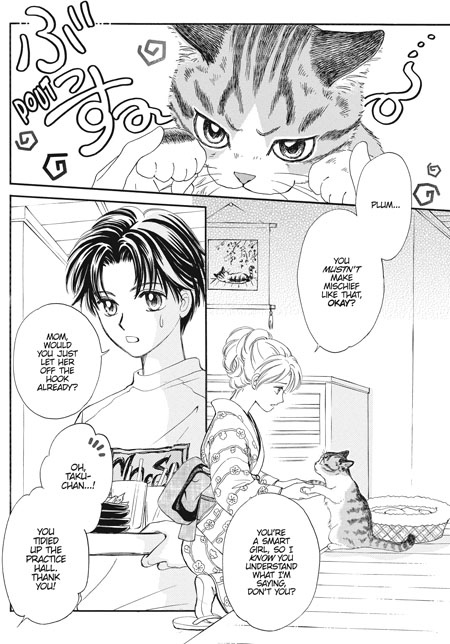 Plum Crazy! was made for cat lovers by one of their own. The main story of Plum, the Nakarais, and new kitten Snowball is a cute slice of life, punctuated by funny in-universe shorts, and stories about author Natsumi Hoshino’s own cats, who inspired the characters of Plum and Snowball. (Whether or not Hoshino sees herself in Taku’s well-intentioned, gentle, and scatty mother is not confirmed in this volume.) It’s an enjoyable mixture of narrative styles, with an equally balanced mixture of art styles.

The natural point of comparison is the popular Chi’s Sweet Home. However, unlike the cartoony Chi, Plum Crazy! has a more common art style. The human characters have typical shojo designs, and the cat characters have a slightly more realistic look from which Hoshino regularly anthropomorphizes the cats for visual comedy. The cats don’t speak though; where Chi has dialogue readers can see, the beleaguered Plum tends to speak only with “Mya!” while other cats use “Mi!” or “Nyan!”

With the opportunity for dialogue largely limited to the human characters, the humor comes mostly from their expressions, actions, and interactions, mining both the naturally amusing quirks of real cats and the visual language of manga. Just as in real life, each cat has a distinct personality, and while Plum is more intelligent than your standard cat, her behaviors—and those of the other cats in the story—will be recognizable to any cat owner. One moment the “cat punch” is used to show a familiar real-world dynamic between two strange cats; the next it is used to tell a character beat about friendship and rivalry, classic manga tears flowing down the punched cat’s face. 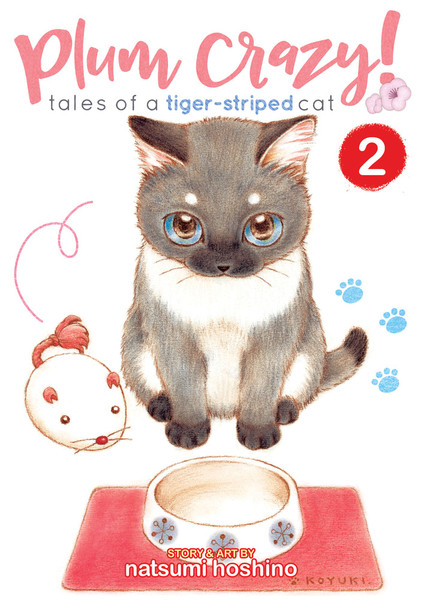 The one issue with this volume is the inconsistent translation of Plum’s name, which appears occasionally as the original Japanese “Koume.” However, this may or may not be changed in the final print version (this review is based on a pre-release PDF), and in any case, it’s a minor note in an otherwise sweet, engaging slice of life story. Cat owners, or at least cat lovers, will get the most out of it, with many relatable moments and some pieces of dialogue that are downright instructional. Mainly though, it’s just adorable.

This story appears in the December 2017 issue of Otaku USA Magazine. Click here to get a print copy.