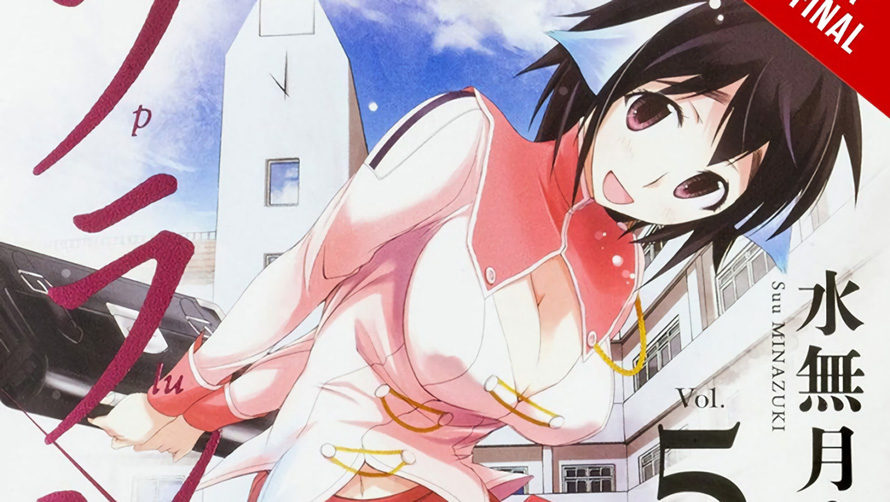 Plunderer is a rare shonen fighting manga with a truly interesting concept. The planet Alcia has been through an apocalypse. The “Waste War Society” has been destroyed and replaced by a new society where everybody has a number representing their social value tattooed somewhere on their body. People with lower numbers have to obey people with higher numbers.

On the surface, this premise doesn’t make much sense. Each person is ranked according to completely different skills. It’s anthropologically unlikely that any society would value a teenage girl who walked 144 kilometers over a soldier with 23 kills. And 144 is a high rank; a woman who runs a pub has a ranking of only 77 because she’s been told her food is good 77 times. Her life has got to suck! The numbers are tattooed on a different place on everyone’s body, a convention that seems to exist solely so Minazuki can place heroine Hina’s number on her inner thigh. It must be said that when we first see Hina’s tattoo, we also see a shadow that evokes pubic hair as effectively as anything I’ve seen in a teen-rated manga; for a few panels, the reader isn’t sure what we’re supposed to think Hina has done 144 times. 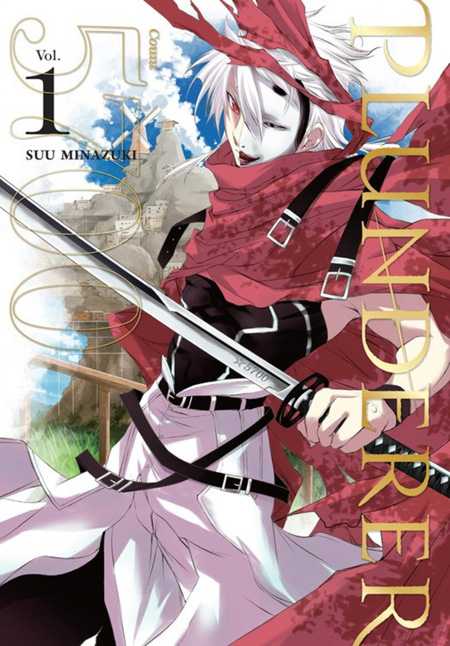 The beginning of Plunderer is paced perfectly. Right around the time the reader starts to wonder how this society functions if a teenager who barely seems to know where she is can give anybody orders, a scary full-grown man challenges the poor kid to a duel! The fight is beautifully constructed: Minazuki shows the height difference between the two, followed by a splash page of giant disembodied hands against a black background. There’s nothing in the world but Hina and her attacker. It’s chilling.

Soon enough, Hina meets the real hero her attacker was pretending to be, the masked swordsman Rihito. That’s fine for Volume 1, but it would be a shame for the story to turn into a predictable love-hate romance. I’d much rather see Hina find the power to avenge herself.

That said, between the first-rate art and the questions set up by the world building, this is the strongest first volume I’ve read in ages. Will it turn out that Alcia is really Earth? Maybe it’s not! How depressing would it be if we finally got to some Star Trek future and then had the “Waste War”? Why is air travel illegal? The final page raises more questions, leaving the reader ready for Volume 2. Recommended.