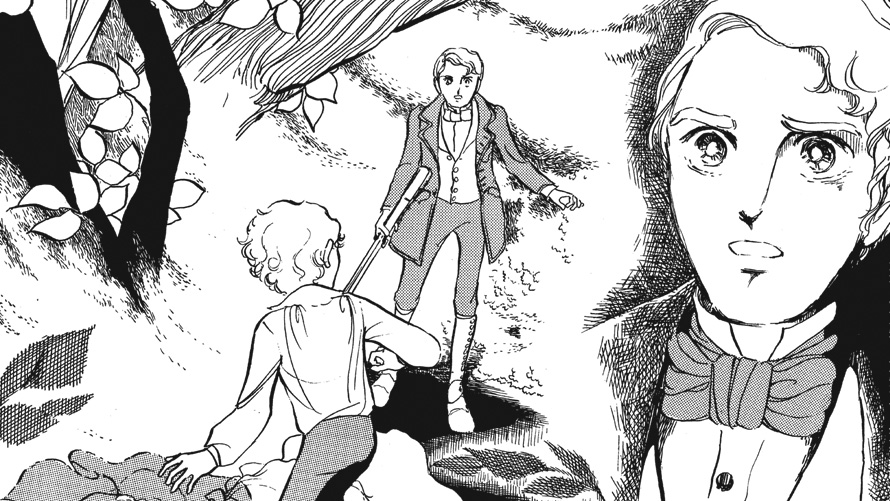 Somewhere in a Europe based on fairy tales, Gothic novels, and old movies, a crumbling castle rises from a sea of roses. It’s the ancestral home of the Poe clan, a family of vampires—or, in the manga’s odd parlance, “vampirnellas”—who live for centuries off blood and rose tea, occasionally succumbing to sunlight, angry mobs, or existential angst. The most magnetic member of the clan is Edgar, who was turned too young and is doomed to remain in his early teens forever, small and beautiful and ruthless.

Moto Hagio is arguably the greatest of all shojo manga artists, and The Poe Clan, first published in the 1970s, is a classic of modern Gothic horror. It’s also a lot of fun. The early chapters meander, spinning stories about the vampires’ adventures through various eras and their encounters with bewildered and besotted mortals. Edgar is initially paired with Marybelle, his angelic undead “sister,” who lives with him and two adult vampires in a parody of a mortal family. About midway through the first volume of Fantagraphics’ two-volume omnibus, Hagio realizes that Edgar is easily the most interesting member of the cast and finds a new companion for him: Alan Twilight (oh yes), an equally handsome teen boy. Soon the two are delving into mysteries at a private boys’ school while providing endless romantic tension and suggestive exchanges of blood. (It’s okay that they’re underage if the sexual content is symbolic rather than literal … right?) 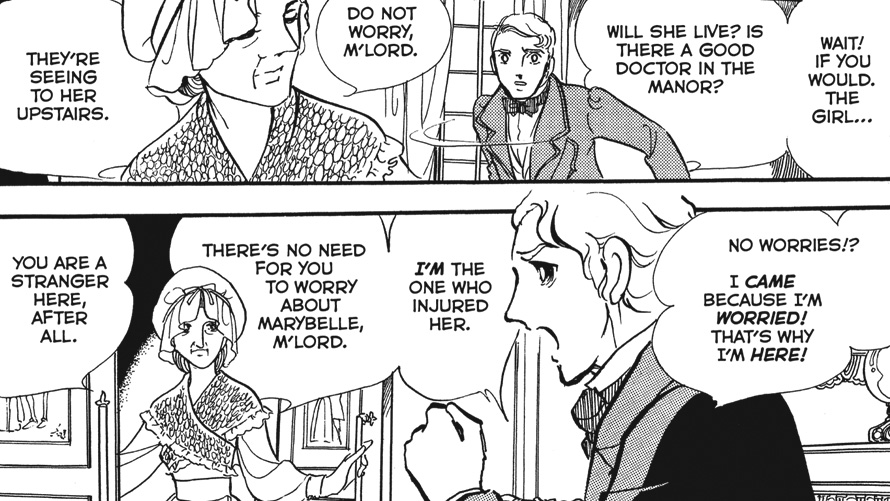 The early storylines are uneven and sometimes hard to follow, but it hardly matters when a manga looks this damn good. Hagio fills every page with cascades of flowers, stark lightning bolts, piercing sunshine, idealized European settings, anguished poses, and wide-eyed faces framed by flowing hair. She seems to especially relish drawing the young vampires, their wicked expressions warping their innocent baby-faced looks. Sometimes the narrative breaks entirely for 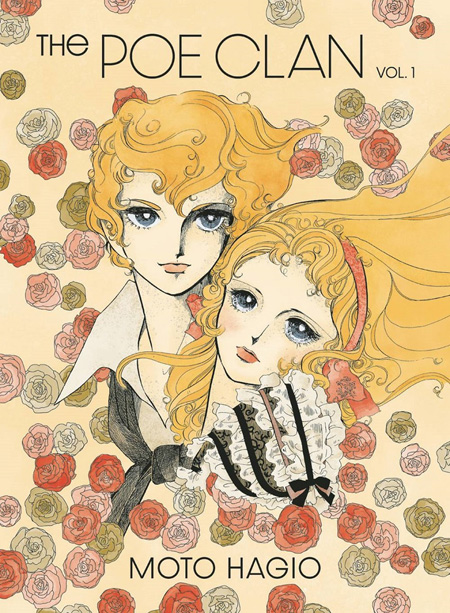 two-page spreads of the characters at their most alluring and dramatic. Hagio’s mastery of composition, emotion, and visual storytelling is unmatched even in this early work.

As the saga continues, it develops into an absorbing story about all the familiar themes of vampire fiction: the price of immortality, the corrupting influences of sexuality and power, the vampire’s seductive but parasitic nature. The portrayal of conflicted young vampires trapped forever on the cusp of adulthood recalls elements of Salem’s Lot, Interview with the Vampire, and The Lost Boys, but predates all of them and looks even prettier than Brad Pitt and Tom Cruise in ruffles. Fantagraphics does the material right, presenting it in an oversized hardcover edition, translated by premier shojo manga scholar Rachel Thorn, that shows off the jaw-dropping art to maximum effect. Alternately romantic, sexy, eerie, and weird, The
Poe Clan is the must read manga of the year. Recommended.