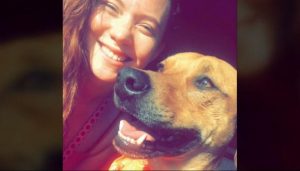 Sad news emerged out of Albuquerque, New Mexico over the weekend, as a 21-year-old woman, Cayla Campos, was shot and killed while playing Pokémon Go with her boyfriend. The two regularly spent their Friday nights driving to a park near their apartment to play, but this time they happened to be there at the same time an alleged armed robbery was occurring.

After witnessing what was described as “two individuals committing a robbery against an unidentified party seated in a vehicle,” Campos attempted to drive off. The suspects, however, fired multiple shots at Campos’s vehicle, and one bullet struck her in the back of her neck. Her vehicle then crashed into a home by the park.

The report comes from local Albuquerque outlet KRQE, which has further details on the event along with a video. Though Campos was rushed to the hospital after being shot, she died shortly after.