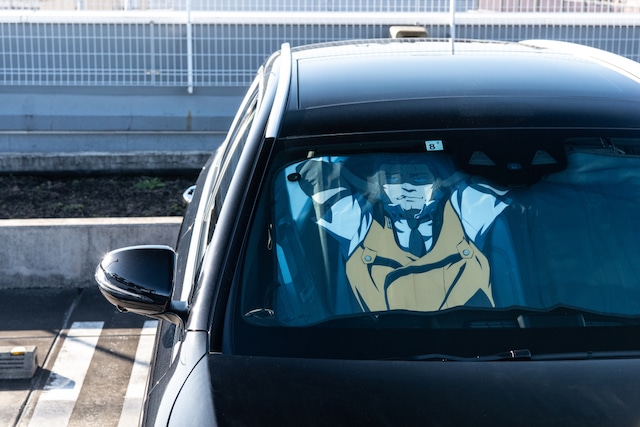 It’s been a while since a piece of anime merch made us laugh out loud, but this one is just too perfect.

In the market for a sunshade for your car? You could get a normal one, sure, but you could also buy this one, featuring Captain Goto from Patlabor lounging around, smoking a cigarette.

After all, this sunshade will automatically endear you to any Patlabor fans that happen to walk by and deter any Labor-wielding maniacs from crushing your car underfoot. The picture of the ever-relaxed Goto was specially supervised by Patlabor character designer Akemi Takeda.

Mobile Police Patlabor is, of course, the franchise about giant robots called Labors that Maiden Japan describes like this:

Building the city of the future is a tough job, but the development of Labors… giant robots specifically designed for construction and other heavy duty tasks… is transforming the world. Unfortunately, when someone puts that much power in a machine, the one thing that’s certain is that someone somewhere will find a way to use it to commit crimes. That’s why Tokyo Metropolitan Police Department has its massive Ingram Patrol Labors and the brave men and women of Special Vehicle Section 2, Division 2… including the teams most recent recruit, the mecha obsessed Noa Azumi. Get ready for some of the wildest, most incredible adventures ever as Noa and her new comrades in arms hit the street in the ultimate collection of one of anime’s most legendary creations – Mobile Police Patlabor! 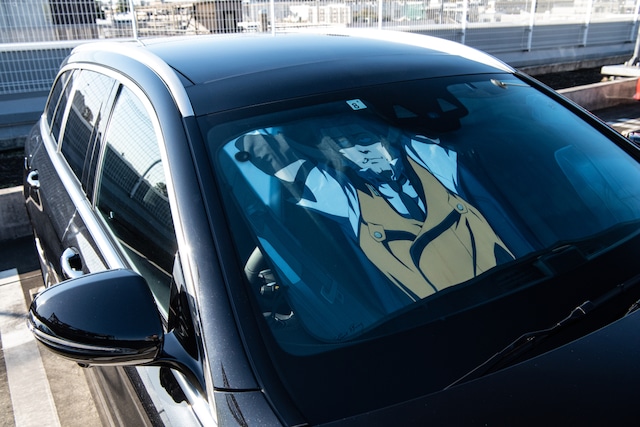