Punching Depression in the Face: Mental Health in One-Punch Man

In recent years, mental health has become a hot topic around the globe. Men and women are opening up about their experiences with conditions like anxiety, but despite this progress, there is still an ingrained stigma attached to mental health, with many choosing to suffer in silence.

Creative mediums such as TV and comics can drive the discussion about mental health and help to break down the stigma of talking about it in public. By seeing fictional characters go through relatable struggles, fans might feel inspired to share their experiences with others and make positive steps towards managing a disorder.

A franchise that does an excellent job of portraying mental health in pop culture is One-Punch Man.With a mixture of comic and celebrity culture themes, One-Punch Man follows the story of Saitama, the most powerful superhero in the world, who is on a mission to find an opponent worth fighting.

But for all of Saitama’s strength, he has constantly battled with depression and it’s proven to be the only opponent he cannot defeat with one punch. Mental health is one of the most important themes of One-Punch Man, so let’s explore it in greater depth. 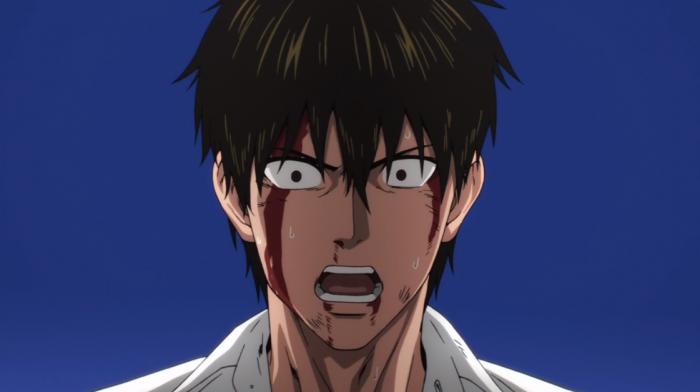 According to the American Psychiatric Association, depression is characterized by the following symptoms:

Saitama has displayed all these symptoms throughout the series. In the opening sequence of the first episode of the One-Punch Man anime, viewers are introduced to Saitama as a downtrodden, unemployed youth in search of a job. His depression is so severe that he doesn’t feel any emotion when confronted by an evil crab monster.

After seeing the monster threaten a boy, Saitama is inspired to defend him and claims that he only ever wanted to be a superhero who could beat villains with a single punch. Fast forward three years and Saitama has achieved his wish, but he’s lost pleasure in fighting because he can’t find anyone who can give him a challenge. 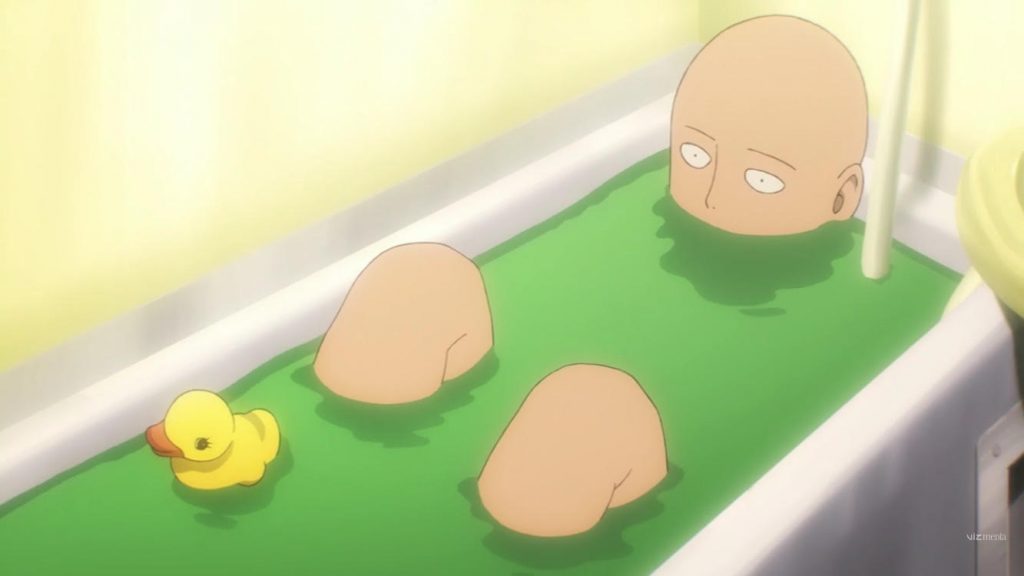 Saitama admits to himself that he’s aware of his depression.

“There’s no signs that the evils of this world are disappearing. That hasn’t changed since before I became a superhero. So, I guess that means I haven’t really made any difference. I’m not necessarily sad about that. But there has been something bothering me lately. As the days pass, my emotions become more distant. Fear, tension, joy, anger. I feel none of them anymore. In exchange for power, maybe I’ve lost something that’s essential for being human.”

“Before I’d have all kinds of emotions boiling inside me when I fought. Dread. Panic. But now all I need is one punch to end it. Every day I come home uninjured and wash my gloves. Whenever I’m out fighting monsters, I never feel like my heart’s really in it anymore.”

Saitama delivers this internal monologue in a listless voice, while viewers watch him carry out mundane tasks like sitting in a bathtub. It’s one of the most telling physical signs of his depression because it’s as if his mental health condition has paralyzed him. 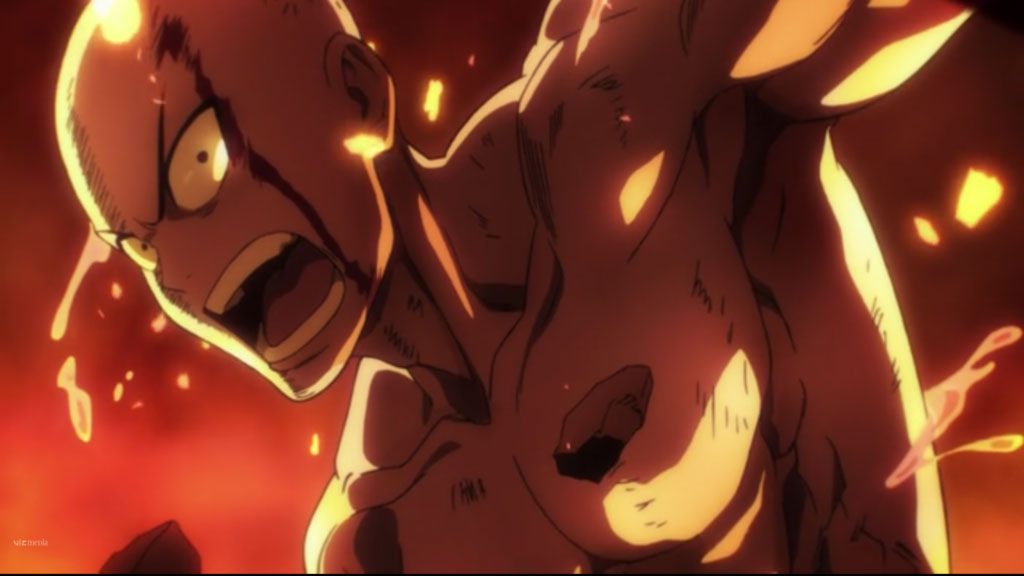 In the same episode, Saitama’s desire to have a worthy challenge manifests in a dream that involves him battling against subterranean creatures. The monsters are able to physically damage him, which makes Saitama recall how happy fighting used to make him.

The animation is a crucial part of the dream sequence, as it makes Saitama look more physically intimidating. He looks like a man who has cast off his depression and has been reignited with passion. It could be argued that Saitama is actively fighting against his mental condition within the dream, as it’s the only force that has given him trouble.

Then, he wakes up and discovers the mole men aren’t nearly as powerful as they were in his dream. As soon as Saitama defeats their leader, they run away in fear. What’s important to note about the animation at this stage is that it’s changed back to make Saitama appear skinny and unassuming – a physical representation of his depression.

There have been times when Saitama has come close to rising above his depression, such as during his fight with the alien conqueror Boros. He was the first villain that Saitama couldn’t destroy with one punch. Despite holding back, Saitama came to respect Boros’ prowess and it instilled him with hope that there could be stronger people out in the galaxy for him to face. 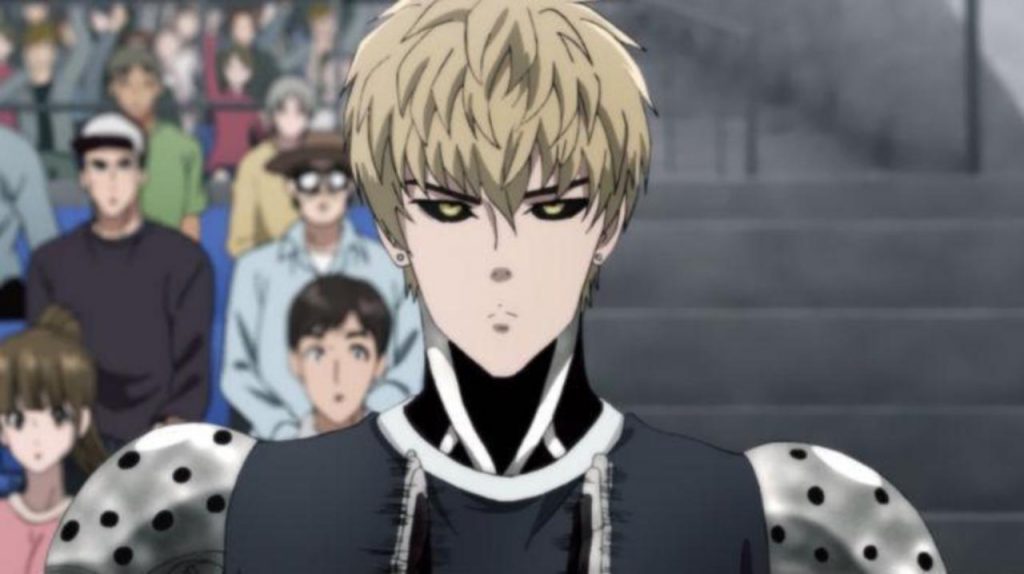 Saitama isn’t the only character in One-Punch Man to struggle with their mental health. Genos, his disciple, has grappled with intense survivor’s guilt and low self-esteem. Genos’ mental health conditions manifested when he was 15 years old. His town was massacred by an evil cyborg, and as the only survivor, he dedicated his life to avenging the death of his family. With the help of Dr. Kuseno, Genos became a cyborg himself.

Over the next four years, Genos travelled from town to town, throwing himself at any monster he could find. On meeting Saitama, Genos was blown away by how powerful he was. Genos begged Saitama to teach him how to get stronger, and over time, he became envious of his master’s abilities. The envy may have stemmed from Genos’ low self-esteem, but he didn’t let it get in the way of furthering his skills.

Through his friendship with Saitama, Genos learned how to live in the moment and look beyond his obsession with avenging his family. He learned the meaning of being a true superhero by not hunting for glory and fame like many of the other ‘heroes’ who populate the world of One-Punch Man. Genos’ journey is a great example of mental health positivity. 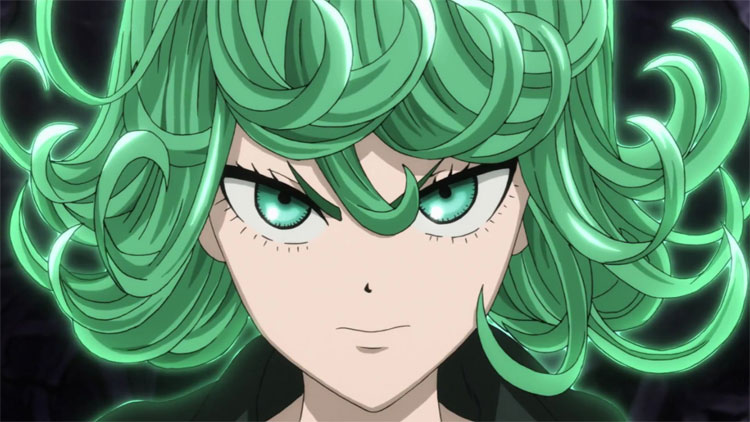 Another heroic character to show signs of a mental health condition is Tatsumaki. Hot-heated, impatient and moody, she could possibly suffer from intermittent explosive disorder (IED). This behavioral condition is characterized by extreme outbursts of anger that are disproportionate to the situation.

For example, Tatsumaki becomes furious when she perceives people to be ignoring her. This happened in the Season 1 finale when Saitama casually walked out of Boros’ ship and she expressed disbelief that a Class B hero could have been inside. When Genos arrived at the same time, Saitama chose to talk to him instead. This caused Tatsukami to fly into a rage, hurling insults at the two of them.

Tatsumaki is also extremely self-conscious about her youthful appearance, with many characters mistaking her for being a child. When this happens, her IED is exacerbated to the point that she’s threatened physical violence.

The relationship between superhero and celebrity culture

From a mental health perspective, it’s important to understand how the superhero community works in One-Punch Man. As part of the Heroes Association, characters are assigned different ranks that go from the low-C class to the high S-class. Despite being the most powerful superhero in the series, Saitama started off in the C-class because he’d failed the written exam, while Genos was given the status of S-class because of his superior acumen.

If a C-class character doesn’t perform their weekly hero quota, then they are kicked out of the Heroes Association and not considered an actual superhero. Therefore, the system is based more on fame and popularity than trying to do the right thing. Many of the high rank heroes think of themselves as superior to the lower class, even when they aren’t that powerful.

The celebrity culture of One-Punch Man can be juxtaposed with the mental pressure that Saitama feels initially to rise through the system. After defeating the Deep Sea King, Saitama has the opportunity to improve his rank. Instead, he chooses to give credit to other heroes by claiming they had softened the Deep Sea King up and he’d arrived to steal their victory.

Saitama demonstrated that true superheroes aren’t concerned with fame. They are willing to sacrifice to try and making the world better for people around them. 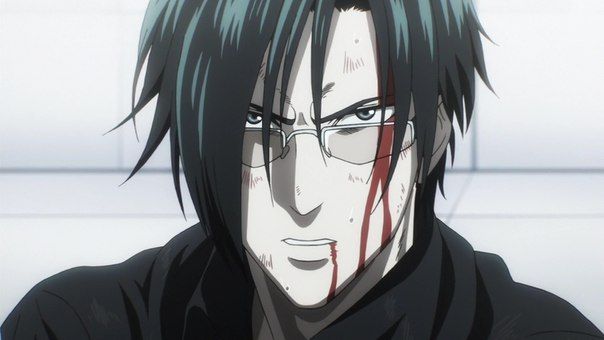 Bad guys have feelings too

The villains of One-Punch Man are just as susceptible to mental health disorders as the heroes. This can be seen in characters like Dr. Genus and his experiments in the House of Evolution. From a young age, Genus felt alienated from humanity, believing his intelligence made him superior to others. He became motivated by the idea of improving mankind through genetic manipulation. Displaying symptoms of obsessive-compulsive disorder (OCD), Genus set about cloning himself and developing animal hybrids.

When Saitama defeated one of his experiments, Genus became obsessed with capturing the hero so he could experiment on his body. Saitama’s strength proved to be so great that Genus resorted to unleashing his deadliest subject, Carnage Kabuto. The battle ended with Saitama winning, but Genus came to the realization that he’d been wrong about the world needing to be different. In order to find peace, he needed to be the one to change. 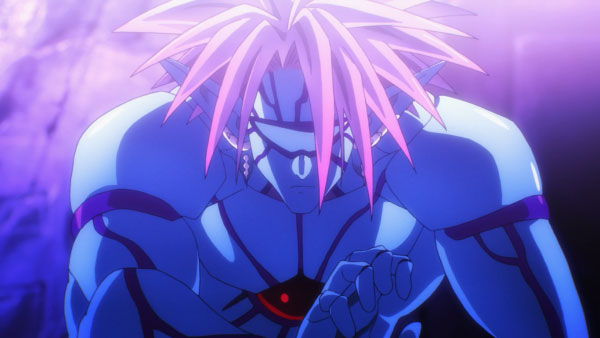 The alien overlord Boros is another villain that showed signs of common mental health conditions like anxiety and depression. Boros’ story mirrored Saitama’s in that he was desperately searching for a challenger who could satisfy him. He travelled the universe, destroying planet after planet until he met a seer who prophesied that he would have his passion rekindled by a worthy fighter.

Anxious to see the prophecy fulfilled, Boros spent the next twenty years scouring the universe. It led him to Earth, where he used all his strength against Saitama and lost. In a certain regard, Saitama ‘cured’ Boros’ depression by finally giving him a battle he could enjoy.

Mental health is a complex subject and One-Punch Man doesn’t shy away from depicting it in a realistic way. Conditions like depression can be messy. They require constant maintenance, with some days being better than others.

But at its core, One-Punch Manis a story about a person who actively seeks to improve his condition every day. Through characters like Saitama, viewers can see their own inner battles reflected back at them. It goes to show that even the most powerful beings in the universe are capable of being vulnerable. One-Punch Man reminds us that it’s okay to share that vulnerability with the world.

Jamie Ryder is a short story writer and comic journalist based in Manchester, England. He writes about underrated superheroes, mental health and Japanese culture on his website thecomicvault.wordpress.com. 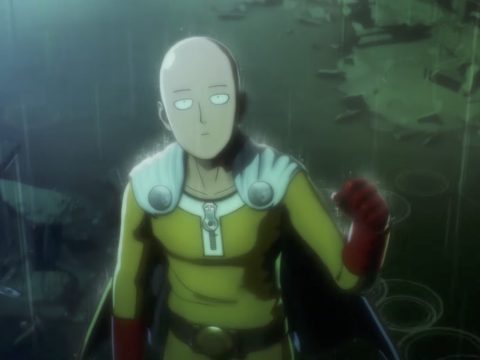 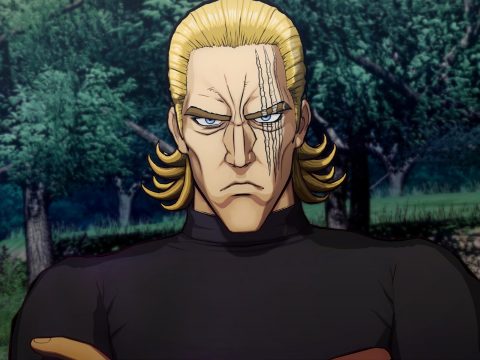 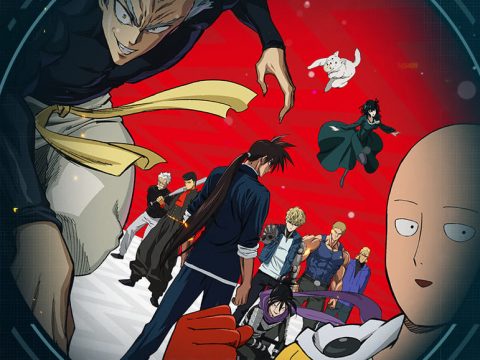 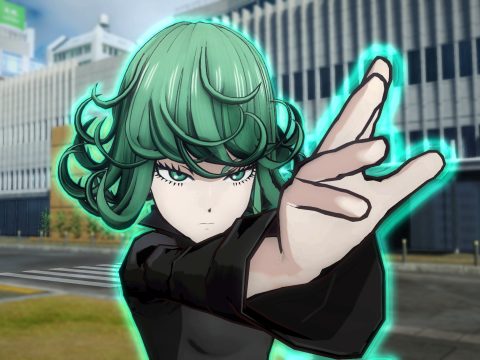 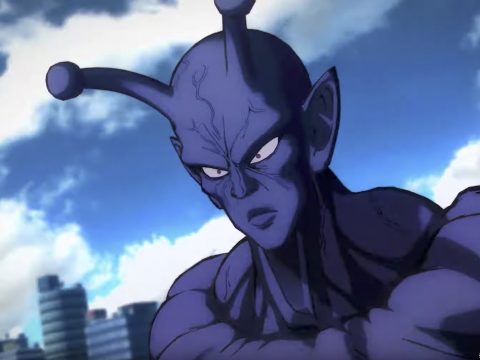 One-Punch Man Fighting Game Promo is All About the Villains 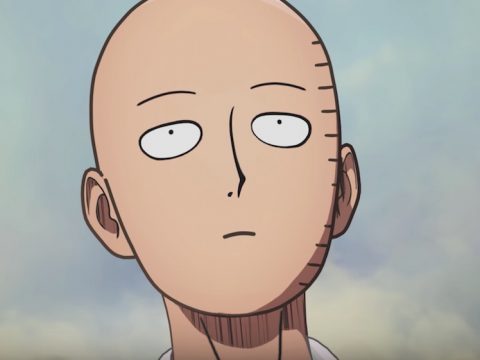