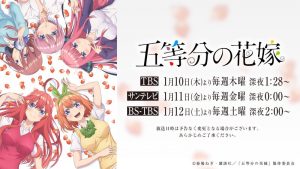 Negi Haruba’s romantic comedy manga The Quintessential Quintuplets is getting a TV anime adaptation, and the Japanese broadcast premiere has officially been lined up for January 10, 2019 on TBS. Sun TV and BS-TBS will follow on January 11 and 12, respectively. 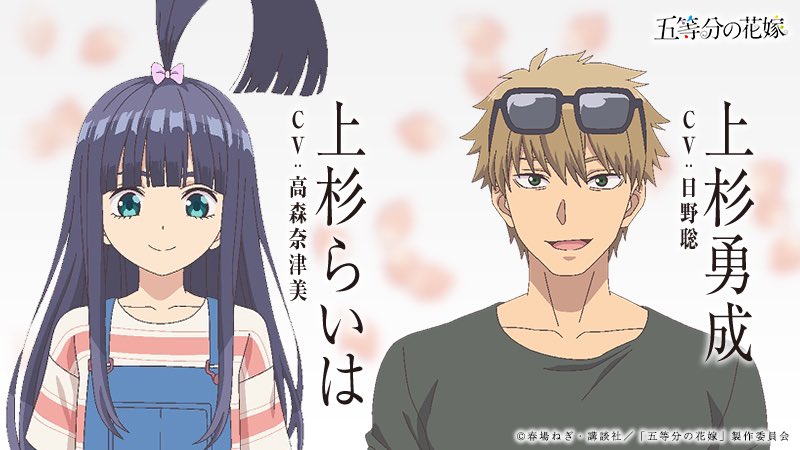 Here are some previous visuals featuring the main cast members, including: 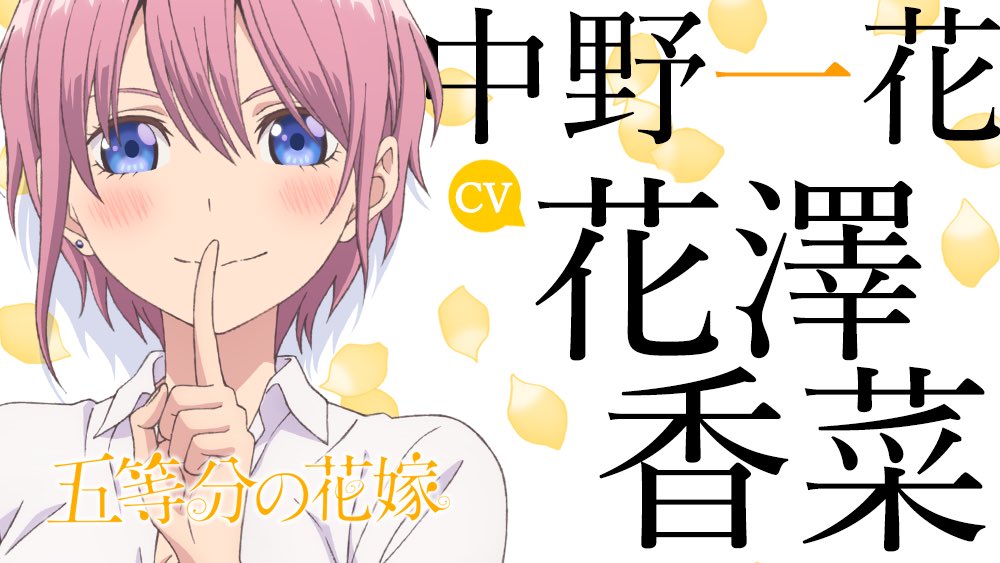 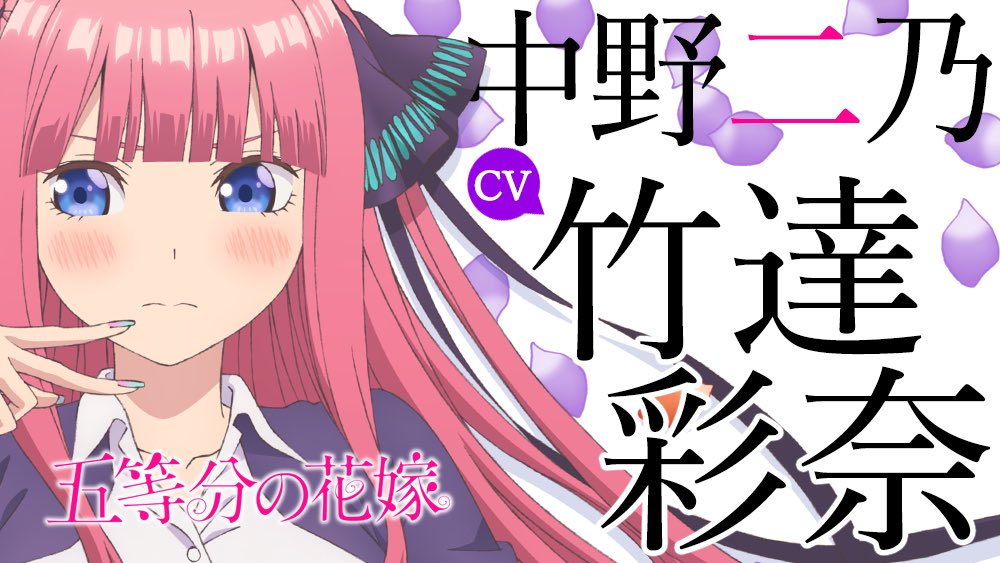 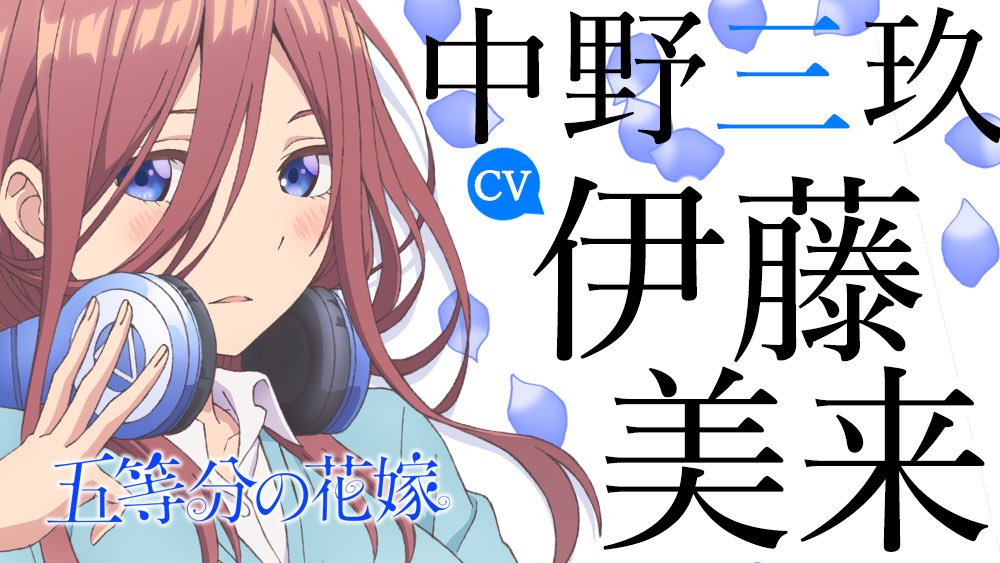 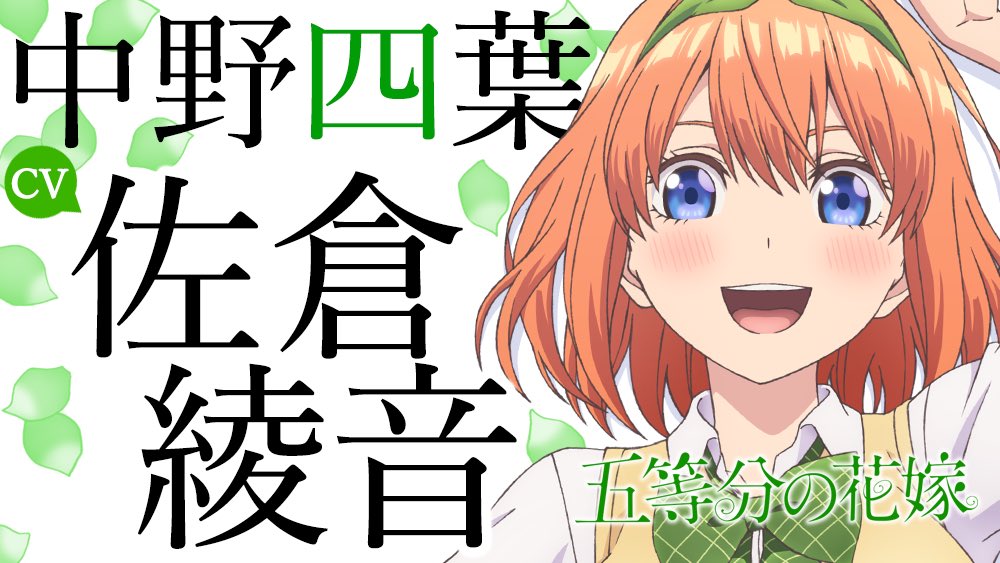 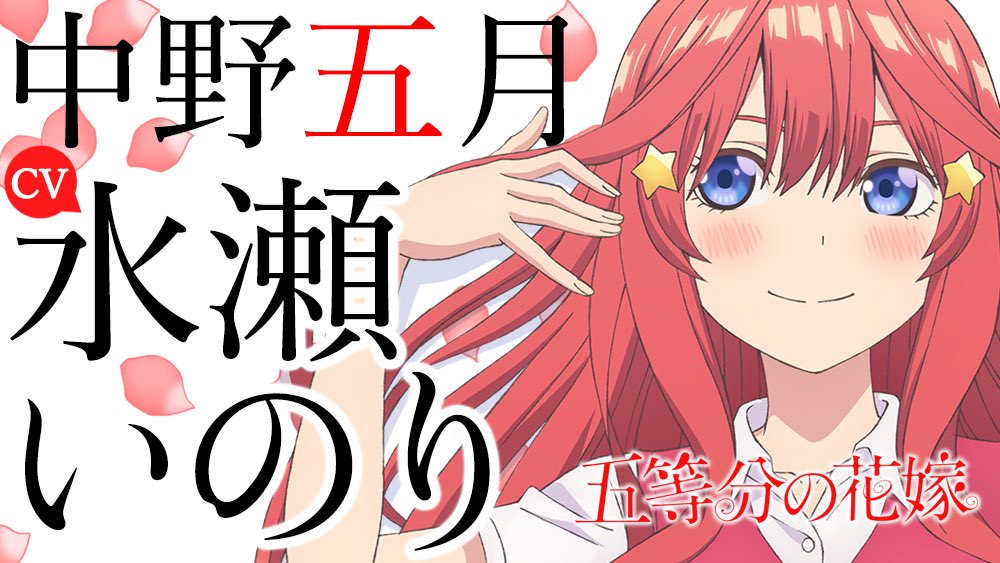 Kodansha publishes the manga in English, and they describe the story like so:

One day, a poor high school second-year named Futaro Uesugi comes across a private tutoring gig with good pay. But his pupils are his classmates!! And they’re quintuplets!! A-and they’re all gorgeous girls, but they’re also troublemakers who hate to study and are on the verge of flunking out! And his first task is simply gaining the sisters’ trust?! Every day is a party! The curtain is rising on the Nakano quintuplets’ quirky romantic comedy with five times the cute!! 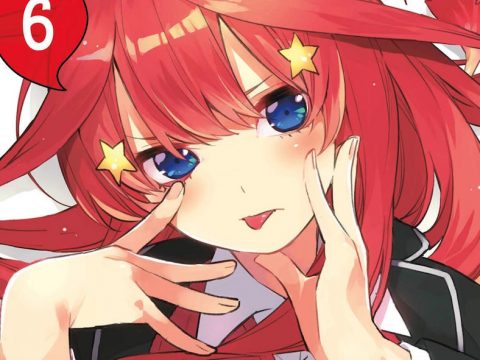 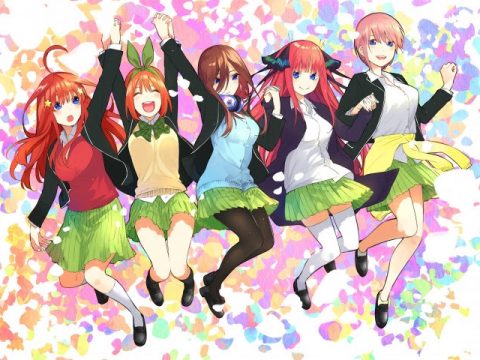 The Quintessential Quintuplets Gear Up for a Solo Exhibition 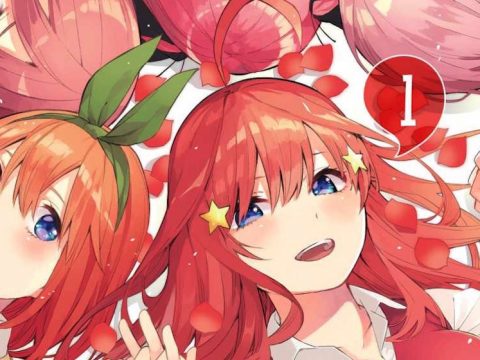