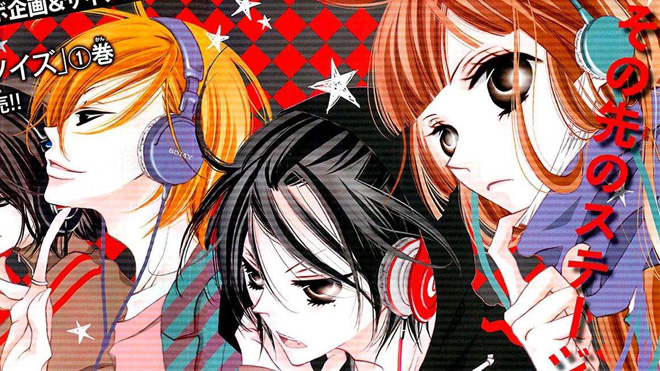 When they were small children, neighbors Nino Arisugawa and Momo Sakaki would sing together from their bedroom windows to drown out the sound of Nino’s parents fighting. They were close friends until fourth grade, when Momo’s family suddenly left town and he left Nino a note saying they may never meet again. Devastated, Nino can only let out her true feelings at the beach, where she can scream as much as she wants.

It’s at the beach that she meets Yuzu, a short boy with long eyelashes and a pile of sheet music. Yuzu is in fifth grade but already writing songs and is delighted when Nino begins to sing them for him. However, one day he also disappears without a word, and Nino—or “Alice” as Yuzu called her—is left alone. Until her first day of high school, when Nino sees a short boy with long eyelashes playing the guitar …

There’s a lot of backstory to get through before the real plot of Anonymous Noise can begin, and author Ryoko Fukuyama frontloads all of it. This is probably its biggest weakness, as the first half of the book speeds through the lives of three small children without any time to build them as individual characters or invest in either of the relationships. This is a nonissue when Nino gets to high school, 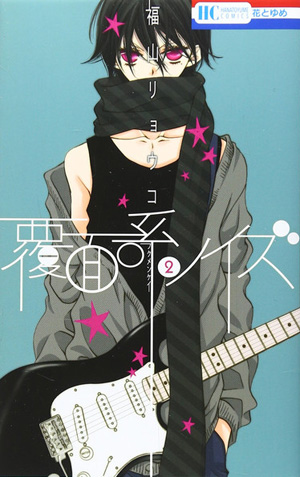 but for the first half of the first book in a series to be solid prologue is a big ask of new readers.

Once the second half begins the real outlines of this story appear: unrequited love triangle + anonymous, mask-wearing band = emotional rivalry and personal growth. It’s a reliable foundation with shades of Chihayafuru, another beloved and successful story with a long childhood flashback to get through. The characters are a little melodramatic but certainly not bland, and the hints we get of who they will be once fully fleshed out suggest the intermittently cliché dialogue and rough artwork will be worth wading through as Fukuyama’s style matures.

Besides, Anonymous Noise is published in shojo powerhouse Hana to Yume, boasts 11 volumes to date, has an anime airing this April and a live action film due this November. This mountain of credibility will go a long way to convincing readers past a fairly shaky start, and while very little of this story is original this particular combination of elements is at least engaging. 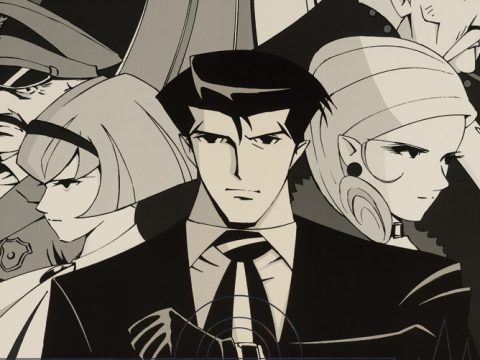