[Review] Bloodstained: Curse of the Moon 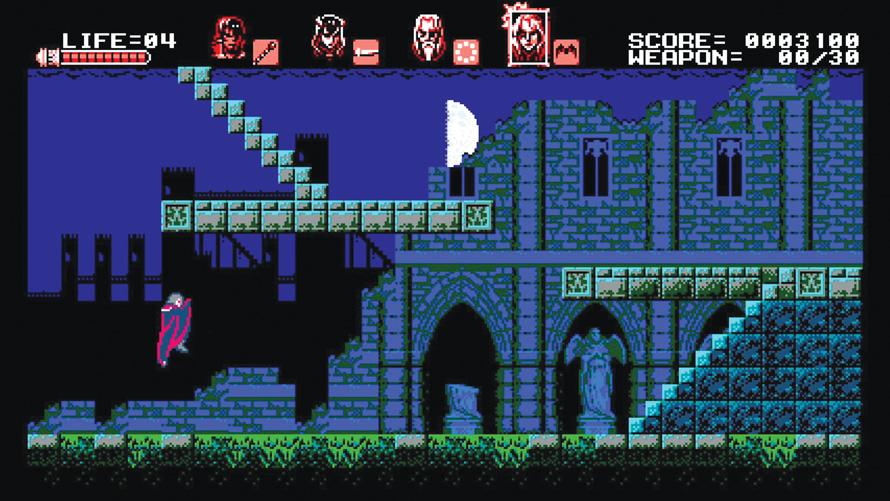 Imagine, if you will, a world in which development on the Famicom and Nintendo Entertainment System never ceased. With all the retro-style indie RPGs on the market you would be forgiven for thinking this was already the case, but the authenticity varies from title to title. In the case of Inti Creates’ Bloodstained: Curse of the Moon, the results are so legit that this might as well be the next evolution of Castlevania on the NES.

Curse of the Moon can be experienced as a stand-alone game, but it’s best to set up a little context first. Koji Igarashi is a creator known primarily for his work on Konami’s Castlevania series, specifically the Metroidvania direction the games took starting with 1997’s Castlevania: Symphony of the Night. He would go on to produce the portable entries that followed to great acclaim, until … well, let’s just say Konami wanted to take the franchise in a different direction.

While MercurySteam’s Lords of Shadow games took the spotlight, fans were left wanting more in the vein of what Igarashi had been cooking. Enter Kickstarter, the ideal platform for creators looking to rekindle the magic that made them a household name among fans. Mega Man’s Keiji Inafune tried this with Mighty No. 9, and Igarashi and his team are hoping for more successful results with the crowdfunded Bloodstained: Ritual of the Night. A Castlevania game in everything but name and story, Bloodstained raked in big bucks on Kickstarter, and one of the stretch goals was a more humble, 8-bit-style take on the material from developer Inti Creates (Blaster Master Zero). 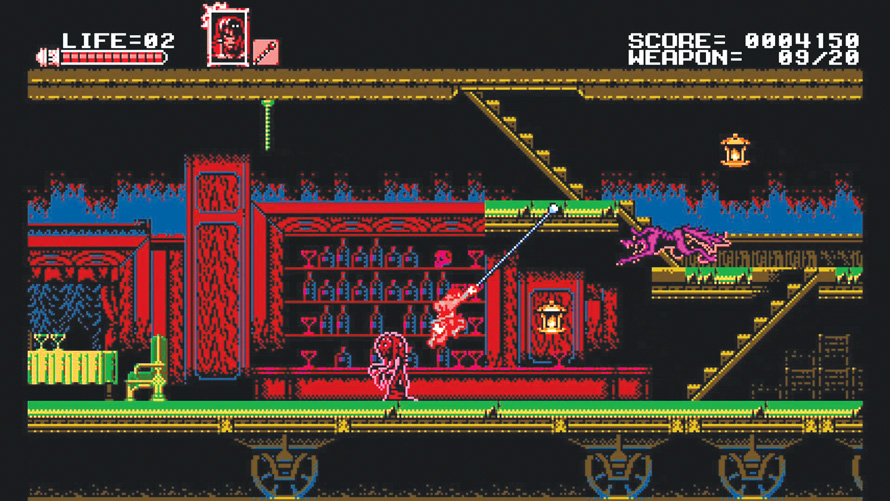 Referring to Bloodstained: Curse of the Moon as a mere Kickstarter bonus does it a great disservice, though. If Ritual is the next logical step for the Metroidvania-style games, Curse is essentially what Konami would have done with Castlevania III and a couple additional decades of NES know-how. Like Dracula’s Curse before it, this multi-platform throwback lets players traverse gothic stages and recruit fellow adventurers along the path to smite evil. There’s Zangetsu, the sword-wielding demon hunter; Miriam, de facto protagonist of Ritual of the Night; the bat-throwing, transforming Gebel; and the powerful alchemist Alfred.

Each character brings their own unique skill set to the table, and you’ll need all of them if you want to see everything Curse of the Moon has to offer. There are branching paths within stages, massive and well-designed bosses, and a surprising amount of post-game content that will keep 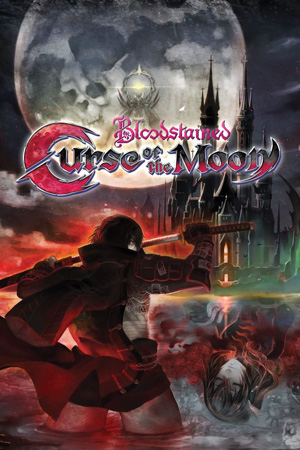 diligent players running through multiple times to see the true ending. Curse of the Moon is just challenging enough for veterans of the genre, but pretty much anyone will be able to make it through with a little effort and practice. Don’t sleep on those extra endings, either; it’s definitely worth taking the time to try additional difficulties and methods of recruiting—or not recruiting—your allies.

It will no doubt sound like sacrilege to some, but for my money Bloodstained: Curse of the Moon is better at being Castlevania III than Castlevania III itself. With some of the cheapness and, let’s face it, janky controls out of the way, the formula is left to shine to its fullest potential. It’s also a gorgeous and very authentic-looking game, with a brilliant soundtrack featuring the work of Castlevania veteran Michiru Yamane. Don’t let this pint-sized download fool you into missing out on one of the best throwbacks in recent memory.