Ranging from helpful to destructive, beings with capabilities beyond those of ordinary humans abound on Earth yet are seldom seen. Although society is at peace with this cloaked cohabitation, that status quo is sustained largely only through a law that bans the use of superhuman abilities in public and prohibits media coverage of any events involving so-called superhumans.

This does not deter the more heroic-natured supers from trying to thwart the intentions of their less-than-civic-minded counterparts in order to protect humanity at large, however, so who’s protecting the protectors? The Superhuman Bureau of course! 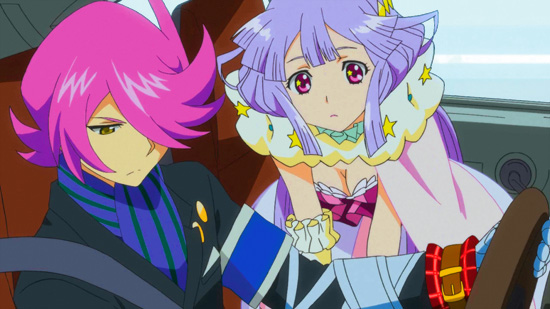 This woefully understaffed but continuously recruiting government agency has been quietly set up and assigned to care for and manage superhumans as well as dispose of dangerous ones. The Bureau provides room and board for volunteers and employs their unique abilities to deal with superhuman-based disruptions in return.

Superhumans are not only real, they’re downright ubiquitous in this “Sci-Fi Hero Crossover” produced by some of the same talents that brought us the 2003 adaptation of Fullmetal Alchemist: director Seiji Mizushima, writer Shou Aikawa, character designer Yoshiyuki Ito, and studio Bones. Ito, in particular, has his work cut out for him. 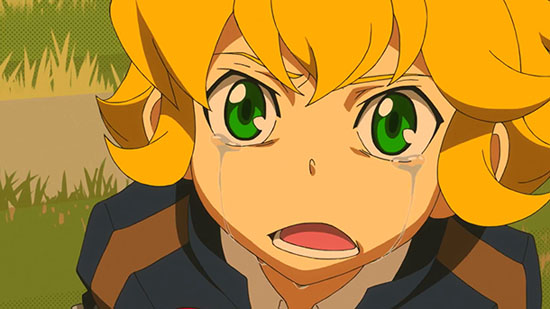 Every episode thus far introduces at least two new superhumans or expounds upon their back stories by bringing them to the expositional forefront. At six episodes in, there are already magical girls, ghosts, aliens, monsters, robots (giant and transforming), androids, kitsune, and more
(not to mention regular ‘ol humans)!

Even though the show’s execution is very much in vein with the monster-of-the-week approach, the stories of how each superhuman comes to join the Superhuman Bureau are structured to focus not on the abilities of the new member/adversary but rather the effects those powers have on the super(s) as well as those around them—friends, family, society, or all of the above. This is the real meat of the show, but that’s not to say Concrete Revolutio is (only) a dry piece of sociopolitical contemplation. 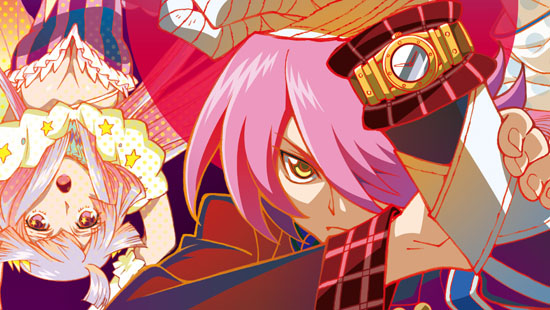 Instead, Concrete Reolutio is primarily an action title with a decent enough background and pocketed aloofness that keeps things interesting. Each week’s episode bounces back and forth between two time periods, and each of those dates and their happenings interweave with those from episodes past and future to grow a gradually clearer picture of a much larger story than can be observed via any singular installment.

That said, the flashbacks and flash-forwards are almost never utilized within their episode to any great effect and don’t really have to be. This show has a lot of fun with itself, which is ultimately the point—superheroes everywhere (i.e., Anime: the Anime). 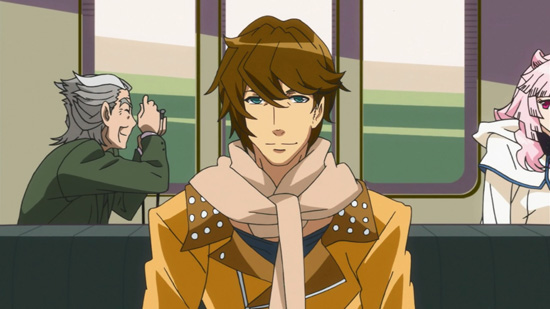 Featuring Yohsuke Yamamoto’s “The Beginning,” the end credit sequence for Concrete Revolutio is arguably the best of those from the Fall 2015 season for its absurdist/surrealist, collage-driven art complemented by kaleidoscopic backgrounds and traditional character portraits. (The show would have benefitted greatly from being animated in similar fashion.)

Within the series proper, the background art is distinctive; characters are largely portrayed in or as moving against static backgrounds rendered in the style of manga, but the textures comprised of polka dots and slashes are mere shadows of the art behind Fujiko Mine. This leads to an implementation of style as ultimately unrewarding and lackluster as (most) intra-episode time divisions. That said, the lines of the background layout are often stunning—even deserving of framing, and the overall aesthetic manages to be quite lovely despite itself. 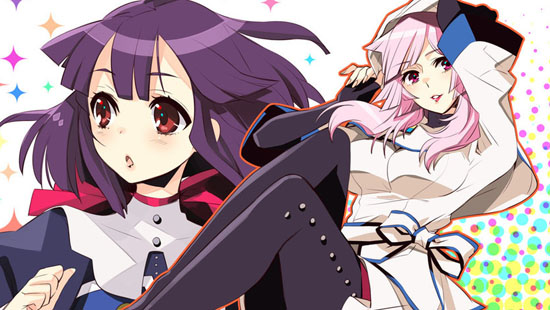 While the through-plot comes to revolve around the (ultimately predictable) reason behind the eventual departure of a certain Superhuman Bureau member, the real reason to watch Concrete Revolutio is the temporal and artistic juxtapositions. Meta references abound of course, but catching them is an added bonus as opposed to a prerequisite for enjoyment. In short: it’s fun watching funny characters do funny things in funny fashion. It’s a fun-filled show and appropriately streaming on FUNimation.com.