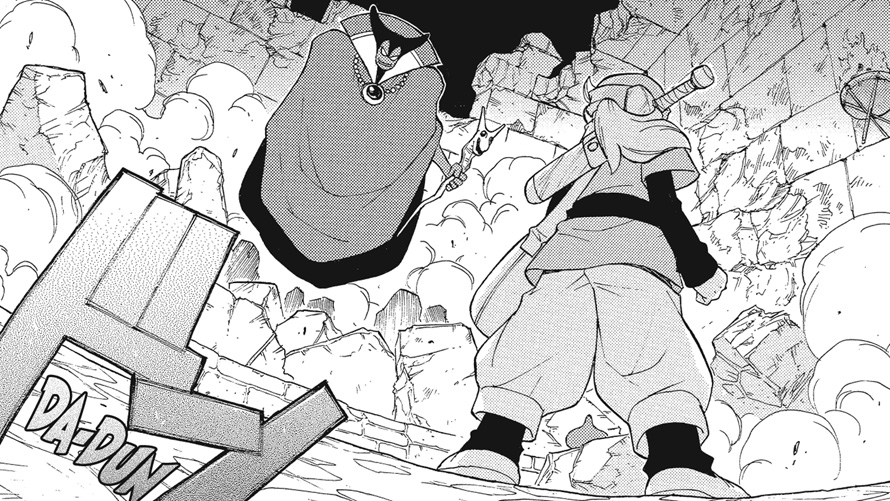 Many kids dream of becoming powerful heroes who swoop in and save the day, no matter what the circumstances. That’s true of Kleo, the hero of Dragon Quest Monsters+. When an adorable monster named Watabou visits Kleo one night in his home, he’s invited to “become a hero.” 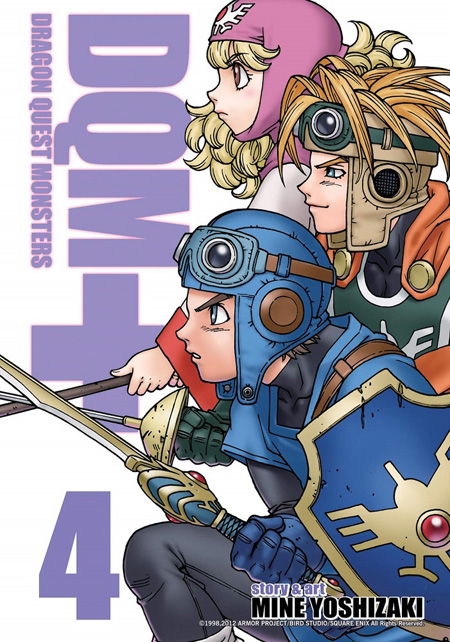 He suits up in his best handmade armor and clothing and is spirited away to a distant land. It’s just like he’s always imagined, except he wasn’t counting on being asked to train monsters throughout the countryside to fight against the forces of evil that threaten the kingdom of Greattree.

From there the journey begins, and soon Kleo is well on his way to finding out exactly what an “M.M,” or “Monster Master,” is. He learns that, as the book’s intro explains, there was an M.M. before him named Terry who completed his goal, and now he’ll be following in the same footsteps as well as hoping to find the old M.M. who vanished from the world.

Dragon Quest Monsters+ is a spinoff of the long-running Dragon Quest series of video games. Dragon Ball creator Akira Toriyama has served as character designer for the games since their debut in 1986, giving the Dragon Quest universe its signature bright, comical visual style. The characters are appealing and there are lots of fun-looking monsters like the adorable Slimes, the mascots of the series.

Like the games, this manga is aimed at a relatively young audience. Kleo’s quest is a lighthearted journey during which he picks up allies like a flirty young woman named Omlette, the elderly Mamon, and a slime named Slib. Slimes are typically low-level monsters in the Dragon Quest series, but this particular one is a sassy, slick-talking contender who claims to have worked alongside Terry to defeat “a mountain” of enemies. Kleo isn’t impressed, but it turns out Slib is a worthy opponent indeed. 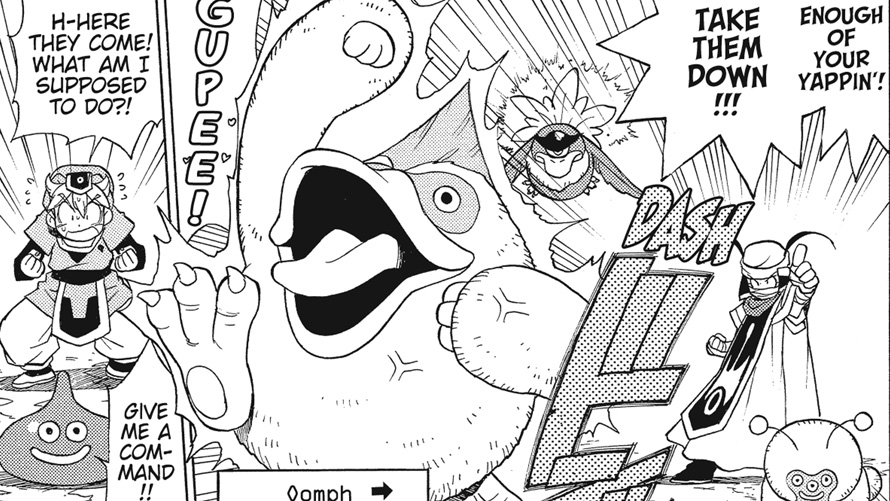 The idea that monsters are “pure” creatures is an interesting one that makes it easy to root for Kleo and his monster-taming pursuits. There’s also plenty of slapstick comedy, Western-style high fantasy, and swashbuckling adventure. If you’re into fantasy manga like That Time I Got Reincarnated as a Slime or the breezier installments of Sword Art Online, you’ll find plenty to love about Kleo’s journey. 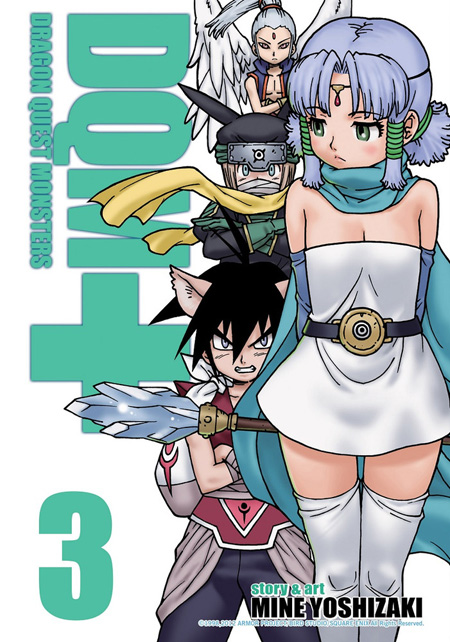 The manga owes much of its charm to its artwork. Manga and anime fans may recognize Mine Yoshizaki’s art from his hilarious series Sgt. Frog, his work on Otomedius and Detana!! TwinBee, or Soul Calibur IV’s bonus character Angol Fear. His art style fits perfectly within the boundaries of the Dragon Quest world. It’s given plenty of room to shine here as he offers his own takes on familiar Dragon Quest characters and builds on Toriyama’s original designs.

Dragon Quest Monsters+ doesn’t break the mold in terms of a “my first RPG adventure” manga series, but it’s an enjoyable adventure, especially for fans of the Dragon Quest video games and other spinoffs. It stands on its own well enough to reel in new readers, too.

Exclusive Tokyo Ghoul S Film Clip Introduces a Fan-Favorite Character
Land of the Lustrous is one of the most wholly unique shows in modern anime history.