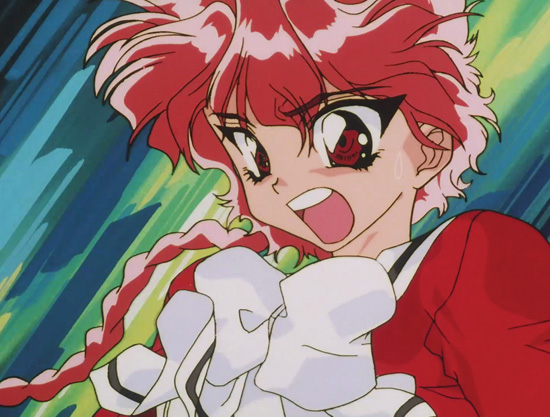 The all-woman manga circle collectively known as CLAMP has amassed a string of notable hits over the decades—look forward to the new Cardcaptor Sakura anime in the works—but my personal favorite is Magic Knight Rayearth. Its combination of beautiful artwork with action, comedy, romance, drama, swords, sorcery, and eventually GIANT ROBOTS pulled off the rare feat of being “something for everyone” without feeling overly diluted.

It’s a simple enough story, especially now in 2017 when “isekai” is a sub-genre unto itself. Three color-coded schoolgirls—Hikaru the short fiery redhead, Umi the tall blue-haired athletic, and Fuu the green-eyed bespectacled intellectual aka “best girl”—meet up while on a field trip to Tokyo Tower. Yep, it’s CLAMP all right! They’re suddenly transported to Cephiro, a mystical land shaped directly by the strength of willpower. Princess Emeraude, whose willpower makes her the pillar of the land, has been taken by the High Priest Zagato, resulting in gradual chaos to the land. Only the legendary Magic Knights—aka our 8th-grade heroines—can drive away the darkness, and only the Princess has the power to send them back home. 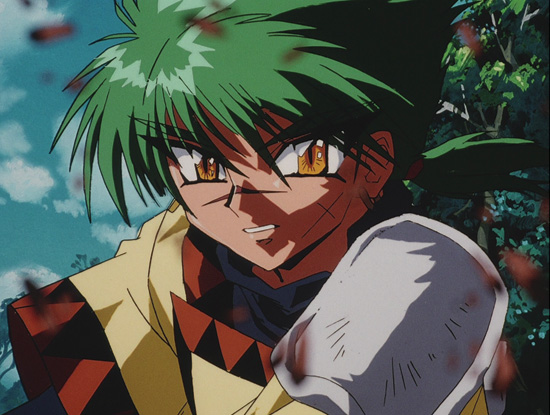 The first season of Magic Knight Rayearth is about as tightly paced as an adventure story gets, showcasing what “anime” offered then that most American animation of the time lacked. With every episode, tangible progress is made toward their goal as they acquire new weapons, armor, abilities, and allies. (Fuu has the biggest sword and is therefore the coolest.) Friendships develop, romances blossom, Zagato and his henchmen are dealt with, and not everything ends quite as happily ever after as we’d expect.

Indeed, I consider the resolution of Season 1 one of anime’s great finales, but since Rayearth was a big hit, it was declared, “The story must continue!,” resulting in a rather divisive Season 2 that has its moments but just isn’t quite as focused. I don’t outright dislike it since it’s bloodier and also ends well enough, but it’s clear to me that CLAMP intended for the story to end far sooner than it did. 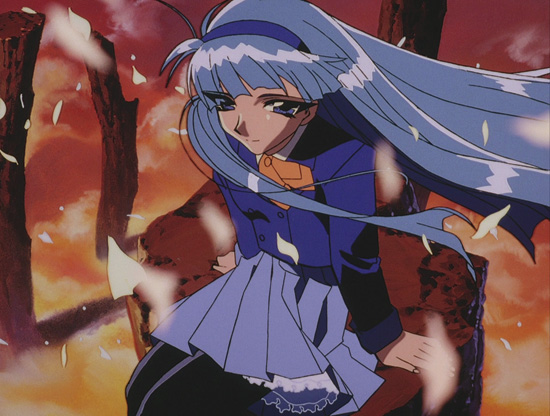 Sometime later, there was a three-part Rayearth OAV alternate retelling that has nothing to do with the television series, and is rather drab. Huh: put that way, Magic Knight Rayearth and Fist of the North Star aren’t so different after all! Despite much of Season 2 being an anime-original story, the overall result is that Magic Knight Rayearth along with the original Vampire Princess Miyu OAV is perhaps the only “conventionally good” anime title ever directed by the typically exploitation-heavy Toshihiro Hirano of Apocalypse Zero infamy.

The Discotek Media release includes all 49 episodes spanning both television seasons, and it’s undeniably the definitive edition to own. Magic Knight Rayearth was a lavish production for its time and looks better than ever thanks to the high-definition remastering. Plus, unlike the old DVD releases, everything is completely intact for both the dubbed and subtitled versions. All the openings are correct as are the end credits bumpers that feature a roulette wheel of the characters. Whenever that came on, I always envisioned some sort of Deer Hunter-like gambling pandemonium breaking out in which bets were placed in a frenzy and the loser died by revolver fire among fanatics who couldn’t realize THAT WHEEL IS RIGGED. Also included are several bonus features along with some rare extras, like the original English-language
pilot, which had to be restored from an old analog tape! 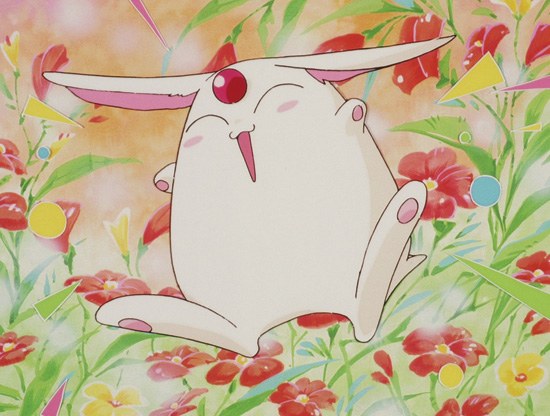 In the more than 20 years since Magic Knight Rayearth, we now have no shortage of fantasy anime that follow JRPG conventions. But what makes Rayearth stand out even to this day is the fact that it’s intended not for otaku primarily, but young girls: a reminder that we don’t necessarily have to make “shojo” synonymous with “romance.” Most modern CLAMP titles are now published as shonen or even seinen, but is what they make now really THAT different? In any case, if you’re of a mind to watch Sailor Moon in its restored glory, you owe it to yourself to watch Magic Knight Rayearth too. After all, they ran side by side both in Japan’s Nakayoshi and America’s MixxZine alike!