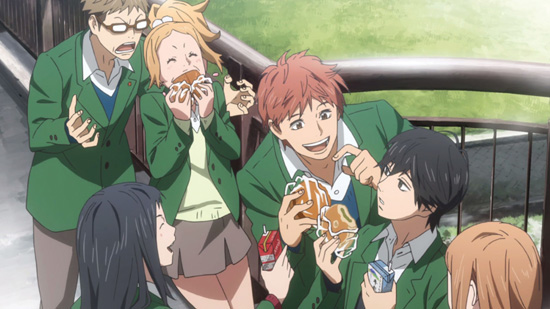 Living a life without regrets is nearly impossible, but what if your future self could send a checklist of actions you could take that might erase your biggest regret? This is the premise behind Orange, an anime based on the manga written by Ichigo Takano and lovingly adapted by director Hiroshi Hamasaki. Of course, no one in their right mind would believe a letter written 10 years in the future could actually make its way back to the present day. But after a reading one page of the letter depicting a truthful, play-by-play account of the day she just lived, 16-year-old Naho Takamiya has no choice but to throw aside her disbelief and start taking action one checkbox at a time.

Chronologically, the first thing that should hook viewers is the voice acting; 26-year-old Naho and friends—who are, on a very laudable level, visually distinct from their teenage selves —dig up a time capsule and are passing out letters written 10 years ago to their future selves. The collective tone enabled solely by such varied reactions with wonderful subtleties in each, is just the right mix of emotions for such an occasion. The OP brings balance in a different manner, by alternating between happy and sad. The happy moments are clichéd (but definitely exuberant), and the sadder parts feature the show’s distinguishing facial expressiveness. 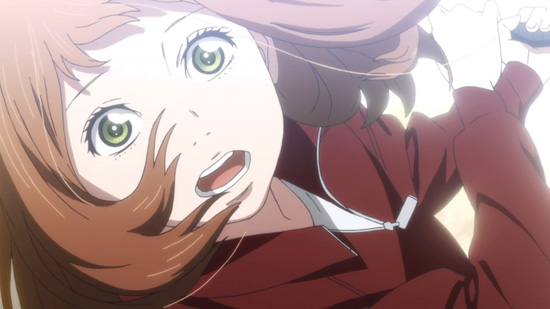 Within one episode, you’ll be lured in with just how realistically all the slight changes in face, posture, and voice as well as fluidity of interaction between group members realistically portray the highs, lows, and in-betweens of friendship at all turns. And while the animation alone supports the series for a good while, eventually what becomes a little more interesting is the portrayal of how hard it actually is to force yourself to defy your instincts even if under the admonishment of your future self. There are all sorts of outcomes during this series, from strides to sidestepping to tripping backward, but given how well each of the main cast is humanized, the portrayal of their individual growth and collective camaraderie is spot-on.

Seeing as it bounces back and forth between the present day and 10 years from now, something smart that Orange does, compared to most media involving time travel, is use parallel worlds as opposed to evoking a strict cause-and-effect relationship. The latter would be way too simple and invoke too much critique. At least parallel world theory gives an out for what would otherwise appear to be inconsistencies and lets the show drop some cleverly timed clues. 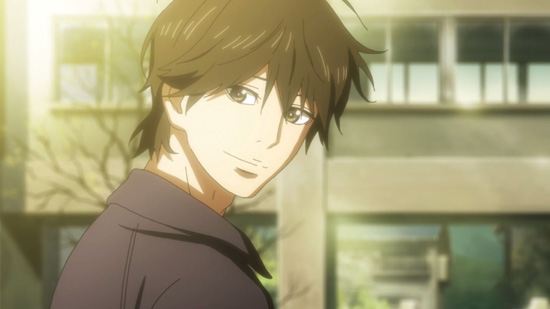 Since the anime is adapted from six-time NYT bestseller source material, it’s probably redundant to say that the show knows how to end each episode on a good cliffhanger (whether emotionally rewarding or crushing). And it’s so easy to get suckered in by the charisma of these tightly knit teens, especially given the contrast of their pensive future selves, that you … well, you should find out for yourself. Orange is very true to the manga (in at least as far as I’ve read) in story, tone, and character design—save for Hiroto Suwa, who appears much less like a buffoon in the anime. There were complaints about details fading during the series, but honestly every panel in the manga wasn’t entirely gold either. Highly recommended for romantics and those seeking inspiration to make the most of life. 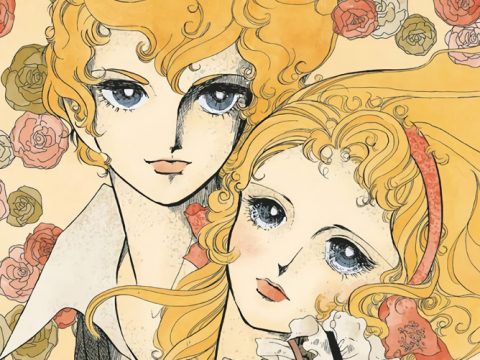 Cardcaptor Sakura Returns with New Anime in 2018
BONES’ adaptation of My Hero Academia is certifiably PLUS ULTRA!