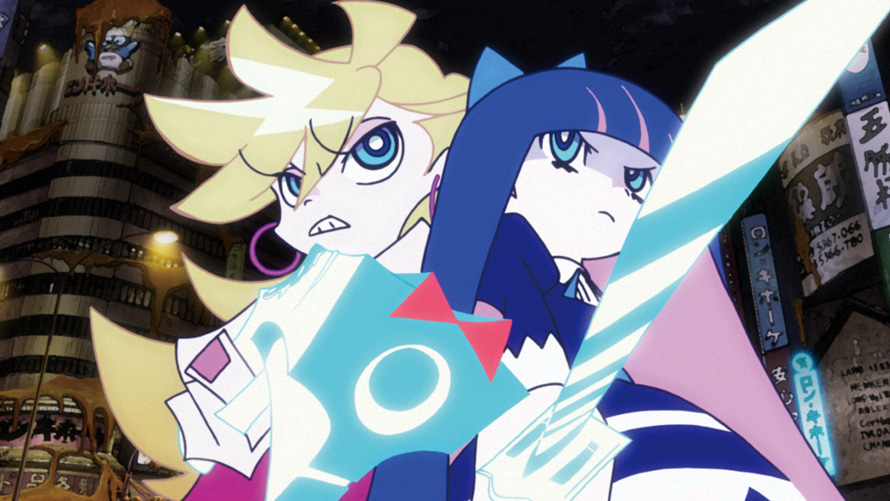 Kicked out of Heaven for behaving too badly

Panty & Stocking with Garterbelt is, by far, one of the funniest anime series you’ll ever see. If you thought shows like Excel Saga or Nerima Daikon Brothers took the cake, you’ve never seen this Gainax joint, and you owe it to yourself to partake in the insanity. From beginning to end, it’ll have you positively rolling in your seat—then feeling emotional—then laughing until you feel as though your sides will burst again.

This outlandish show follows the Anarchy sisters, the fallen angels Panty and Stocking (and the reverend Garterbelt) after they find themselves kicked out of Heaven because they were behaving too badly. As punishment, they’re sent to Daten City (a play on the word datenshi which means “fallen angel”), which finds them essentially quarantined in a world that exists between Heaven and Hell. While there, the sisters are guided by Garterbelt and live together while working to clear the city of evil ghosts that occasionally get out of hand. 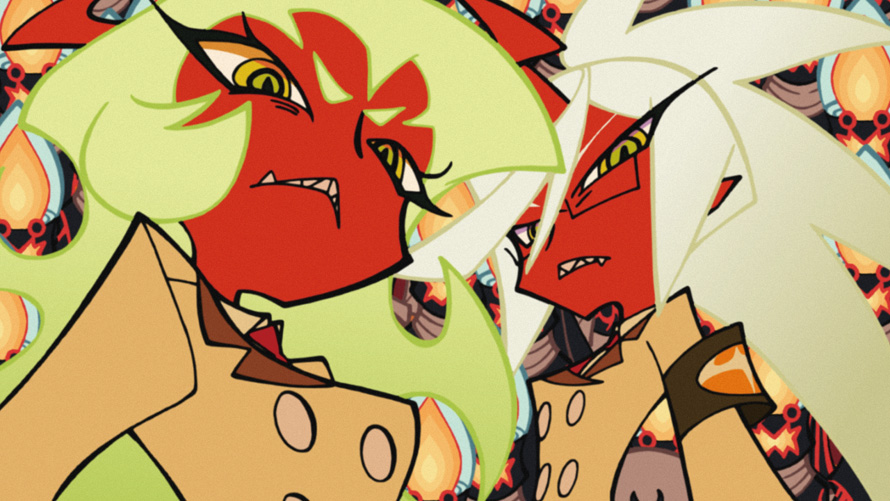 How do they do this? Well, they transform their own lingerie into weapons. Panty uses her own underwear to transform into a pistol called Backlace, and Stocking uses her stockings to transform into a pair of katana called Stripe I and Stripe II. Together they make a formidable pair, and their weapons can absolutely kill and/or maim, even if they were on the girls’ bodies just moments before the carnage began.

Panty & Stocking is far from your typical anime series. If you’ve ever watched The Super Milk-Chan Show or have taken in a steady diet of raunchy adult cartoons like Drawn Together, you’ll know exactly what you’re in for here. The show’s unique style gives it much of the edge it needs to really deliver on the over-the-top raunchiness, and when it busts out traditional anime aesthetics, it’s a nearly transcendent experience, such as when the sisters make their “angel” transformations. That does mean a bit of fan service, but mostly the show’s all about the girls’ over-the-top raunchiness. 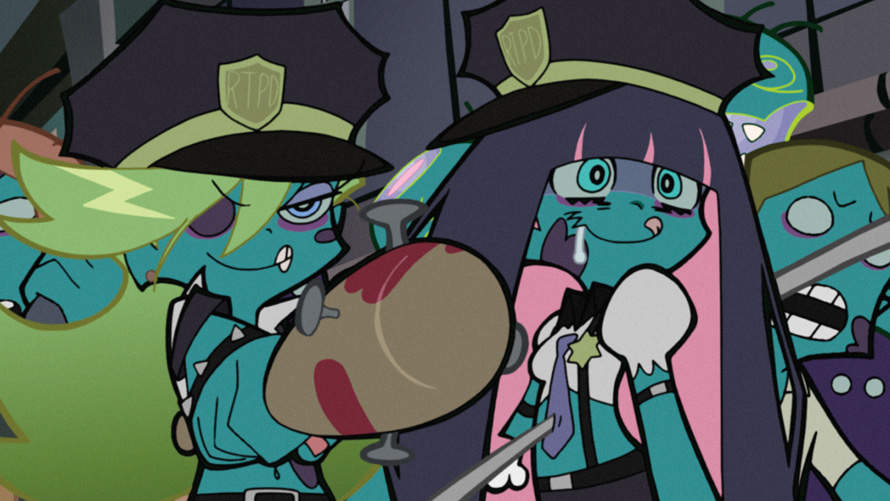 Panty is a blonde who only wants to find new men to have sex with and enjoys living it up as if she were a celebrity. She’s rude, loud, and has little regard for those around her except for her sister or her friends. When not working with Stocking to rid Daten City of ghosts she’s trying to fulfill her lofty goal of having sex with 1,000 men on 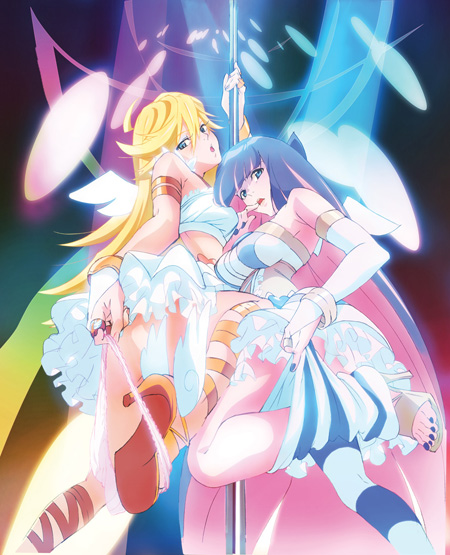 Earth before her eventual return to Heaven. Stocking isn’t much different, but she’s dressed as an unsuspecting gothic Lolita who loves eating sugary foods more than pursuing men. She’s quietly rude and hateful but has her tender side when it comes to Panty, even though the two routinely fight like cats and dogs. The pair make an indomitable team against any forces that come their way, even if they sometimes think about killing off each other instead of ghosts.

This ridiculous ride is all about slapstick humor, the perfect punchline delivered exactly when it needs to be, and the gross-out humor that’s prevalent throughout each and every scene. This isn’t a show for the faint of heart—think South Park, but occasionally dirtier. Because of this, the English dub is the way to go if you’re looking for localized jokes that make more sense to you over the more literal subtitle options.

Either way, you’ll find that Panty & Stocking with Garterbelt is one of the zaniest, most irreverent shows you’ll ever see in the landscape of anime series. Make sure you clear out a few days in your schedule to watch it, but be forewarned: there’s no going back from there. You may never see another anime comedy this uproarious again.