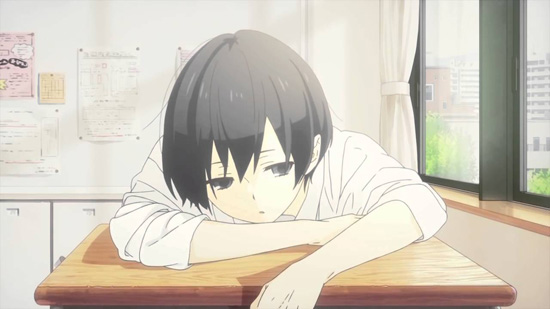 Listlessness, whether manifesting in constant naps or an omnipresent and general malaise regarding anything requiring any kind of effort, isn’t a medical condition for high school student Tanaka, it’s a way of life! If he had enough energy to devise a life plan, it would simply be to float through his days and nights with as little exertion as possible. Seeing as his best friend, Ohta, already carries Tanaka to and from classes as well as school (where he falls asleep on the grounds and at his desk), Tanaka already seems to be off to a great start in the aptly named Tanaka-kun Is Always Listless.

That such a premise, adapted from Nozomi Uda’s Web manga, is immediately endearing is not a surprise. Novelty and simplicity, after all, can be great instigators of enjoyment. That this series consistently evokes goofy grins as well as guffaws is much more of a triumph. If relied upon too heavily and not tweaked enough, the novelty of a simple but entertaining premise can be run into the ground. 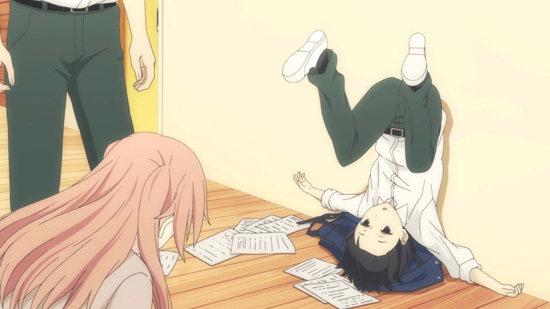 This differs from interspersing a running gag throughout a larger narrative, where the context/tone of the latter enhances the effect of sporadic, unexpected reintroductions provided by the former. Variations on a theme, however, are very difficult to pull off in comedy while maintaining audience engagement via surprise and delight. Tanaka-kun manages this as handily as its titular lead falls asleep to the lulling sounds of the ebb and flow of the myriad universes surrounding him.

Comedy in this series largely stems from juxtaposing the absurd degree of Tanaka’s perpetual state, the air of normalcy with which he owns it, how those aspects contrast with his immediate surroundings, as well as the varied ways in which those around him react and come to terms with his listlessness. So what makes every episode watchable, what makes anticipating the next episode as easy as finishing whatever episode is currently playing, is the simple question begged from a series in progress based on variations on a theme: what’s next? How can the show possibly exploit the premise further? 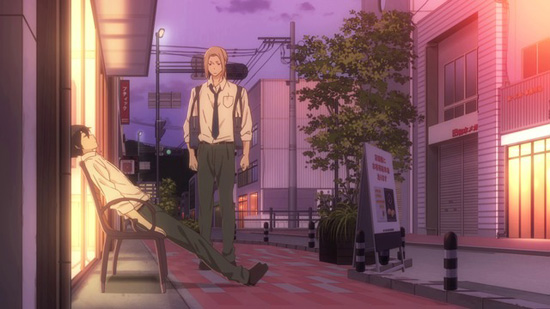 Even though one of the best gags takes place near the end of Episode 1, that flex of comedic muscle—a combination of novel application of premise reinforced through audio and visual representation as well as innocent bystander insinuation and reaction—is a dare to viewers: “How will we top this? Tune in next week!” And the best thing is that the next episode doesn’t have to “top” whatever the previous one did but merely attack the premise in such a profoundly different way as to make the two incomparable and therefore unique. And at least as of Episode 7, when this was written, Tanaka-kun has managed to do just that.

Ironically, a lot of the vibrancy inherent in this show is due to moments of clarity delivered deadpan by voice actors aping debilitating bewilderment or admiration. Ohta (Yoshimasa Hosoya), in particular, comes across as a listlessness scientist in awe of a subject that keeps upsetting his theses in the most astounding ways. In Tanaka’s would-be apprentice, Miyano (Akira Sekine), the disappointed acknowledgement/self-realization regarding the character’s own hyperactive nature and ultimate goal brings forth from Miyano what she otherwise fails to achieve, and this reaps big laughs every time. Each new character brings a mirror that catches Tanaka as well as the rest of the cast, and all that reflection sews more than enough angles to keep the show engaging and fun. 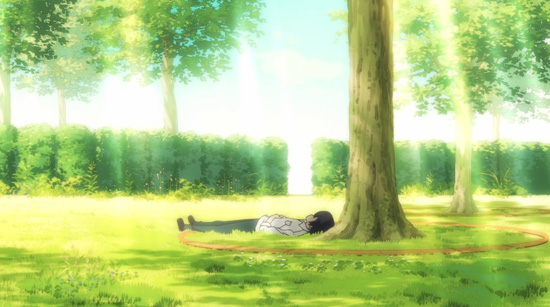 Explaining comedy tends to be a dry affair. Tanaka-kun excels at dry humor, but for those thereto averse, there’s more than enough standard rom- and
sit-com devices to keep eyes and ears engrossed in the ever-evolving (if only predictably so) roles of characters introduced in subsequent episodes. While the multi-gag nature of the show might be thought more appropriate for a short, each episode of Tanaka-kun tends to pass with surprising speed. That said, Tanaka-kun is not a show for marathoning, but it is definitely worth watching from start to finish. It’s another great licensing pick from Sentai Filmworks, which also licensed the
similarly funny My Neighbor Seki.