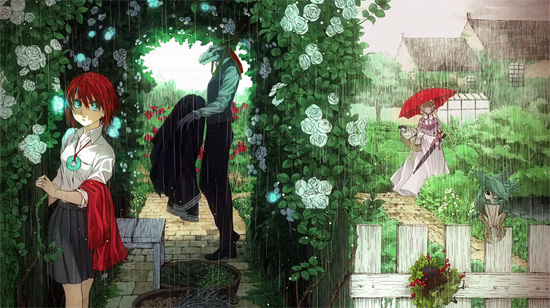 Strange and beautiful … steeped in fairy tales, danger, romance, and magic…. The Ancient Magus’ Bride is a tapestry of wonders both beautiful and melancholy. Chise, a girl from Japan, finds herself being sold in a mysterious auction and purchased by the mage Elias who has an animal skull for a head.

He tells her she is special and takes her in as his apprentice and future bride. Chise is indeed a rare creature herself: she attracts fairies and soaks up magic. Her ability to see spirits isolated her back in Japan, and after the death of her mother she was passed from relative to relative and essentially abandoned. All she wants is someplace to belong and Elias offers her exactly that. 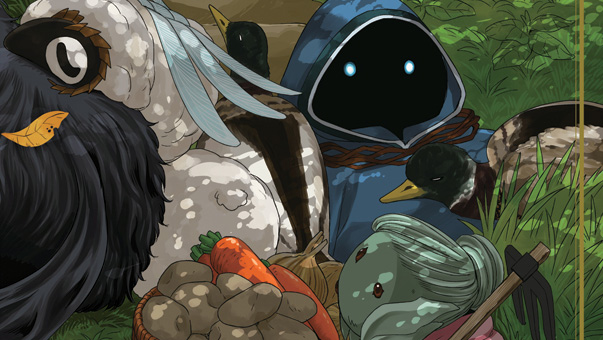 In her author’s notes for Volume 1 Kore Yamazaki apologizes for not much happening, but there’s nothing to apologize for. The pace might be slow but it’s never boring. Think Spirited Away meets Aria by way of the Brothers Grimm. A slice of very strange life filtered through Chise’s exploration of her new surroundings offers a glimpse of a fantastical and dangerous world where nothing is what it seems. 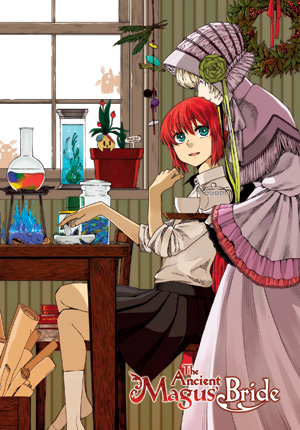 The art is beautiful, with lots of detailed characters and monsters. The fairies in particular are adorable but not saccharine. The book is set in England and, while it looks a bit generic, there are enough backgrounds to give it a decent sense of place and atmosphere. Even in ordinary English houses, Yamazaki moves the camera around impressively, showing off interesting angles even during relatively mundane conversations.

All the characters are given enough uniqueness to stand out, but Elias is amazing. His head looks a bit like an antelope crossed with a wolf. Despite his looks, Elias is an interesting character. Steeped in his own agendas and part of a dying tradition, he makes an apt “beast” to Chise’s “beauty.” The Ancient Magus’ Bride is a real gem among shojo, romantic, dangerous, and full of wonders. Recommended. 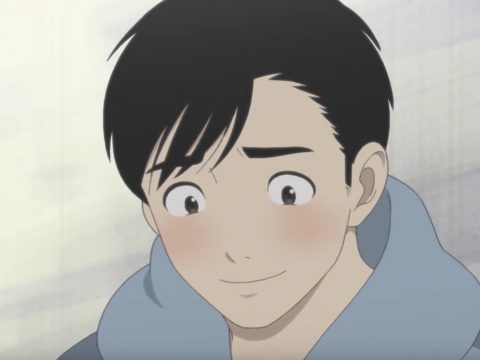