[Review] The Other Side of Secret 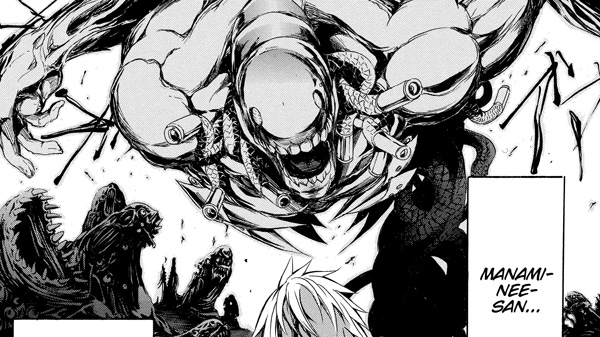 The Other Side of Secret has an interesting question at its heart: “What happens to the kid who stays home in a portal fantasy?” Yuuto’s sister vanished through a dimensional gateway years ago and he misses her. Suddenly the portal opens again, and two scantily clad women briefly step through then go back to the other side. Before the portal closes, Yuuto seizes the opportunity to go into the other world and rushes through.

I buy that. The sibling bond is strong.

The problem is that the plot never stops to breathe. The writer expects the reader to know where the story is headed and wants to get there without stopping for annoying things like character development. 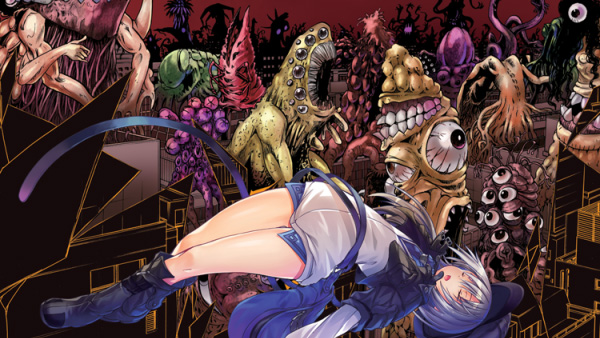 Happily, like most portal fantasies, it is the world beyond the portal that is the real star. The other world has a red sky and a magical metal named Exem, which Yuuto’s sister was seeking when she went through. Between the art and the text the “Otherness” of the other world is pretty solid. I was reminded of the afterlife in Tim Burton’s Beetlejuice. Everything monstrous is toothy or wormy. In some cases, both. These are not the most original monsters—Yoshikawa doesn’t have the visual imagination of, say, Takeshi Obata— 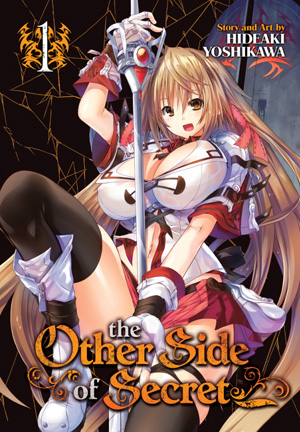 but something in their archetypal nature makes them work. A giant worm is giant worm, scary as hell but easier to draw than a werewolf or troll.

Talking of visual tropes, I feel I must warn people who don’t like fanservice (or advise those who do): there’s a lot of fanservice in The Other Side of Secret. I tend to view fanservice negatively but it didn’t bother me here; in fact, I laughed pretty hard over the idea that interdimensional travel necessitates dressing like Red Sonja. “Protective gear” indeed.

Yuuto eventually returns home, but by the last few pages of the first volume Exem has developed new plot-specific magical powers so Yuuto and friends need to go back to get more. In the end, The Other Side of Secret is one of those frustrating first volumes where a mangaka sets up ideas that might be interesting in the second volume but the first volume doesn’t do them justice.