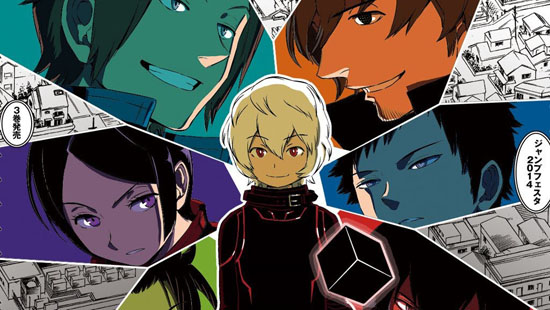 World Trigger took a few volumes to grow on me, but Shonen Jump finally has its Naruto and Bleach successor (meaning those are officially allowed to END!). Ever wish a shonen manga made the “underdog that has to train hard and really struggle for his/her victory” character the hero instead of the “brash genius” or the “I win because I’ve got the most hit points” types? This is it.

The plot: alien invaders keep attacking Earth, conveniently targeting the same place over and over, while a special task force and another, more benevolent alien save the day. Wait, isn’t that Ultraman? The bug-like “Neighbors” are after our energy known as “Trion,” which is World Trigger’s way of saying “power level” or “chakra.” “BORDER” agents fight back using special Trion-powered devices known as “Triggers” (no warnings provided) that confer a variety of attacks and abilities. 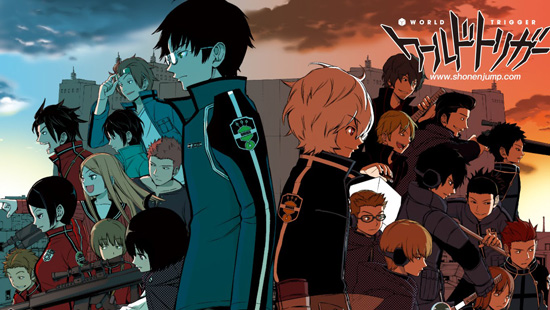 Bespectacled Osamu Mikumo is a low-ranking BORDER agent who makes friends with the diminutive Yuma Kuga, a know-it-all humanoid Neighbor with massive power. Ashihara originally intended Kuga to be the hero, but wisely realized Mikumo was more interesting. 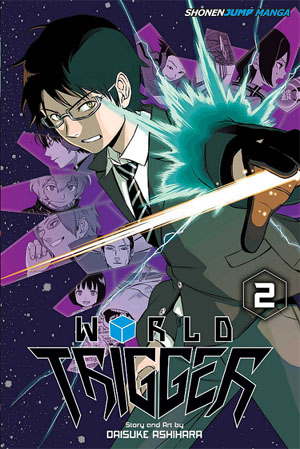 Still, once the real story begins and we start learning about the factions within BORDER as the Neighbors ramp up their efforts, the cast becomes so large that both Mikumo and Kuga take a back seat. Ashihara clearly wanted to write sports manga, as World Trigger emphasizes team strategies, positioning, intersquad rivalries, and ascending the rankings while its city-smashing battles commence.

That’s half of what makes World Trigger great. The other half is that Trigger activation replaces one’s body with a Trion body that looks just like you, albeit with a snazzy outfit. These Trion bodies can be dismembered and mutilated by bullets and blades without cast members dying, allowing fights to be WAY more violent than ever, despite no blood! Recommended. 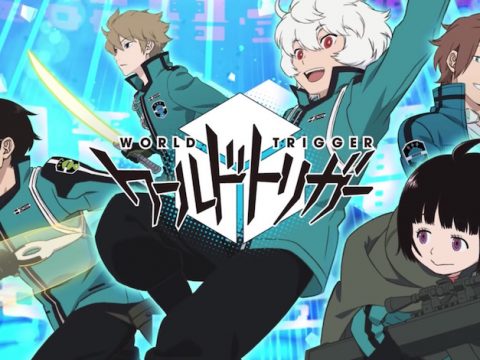