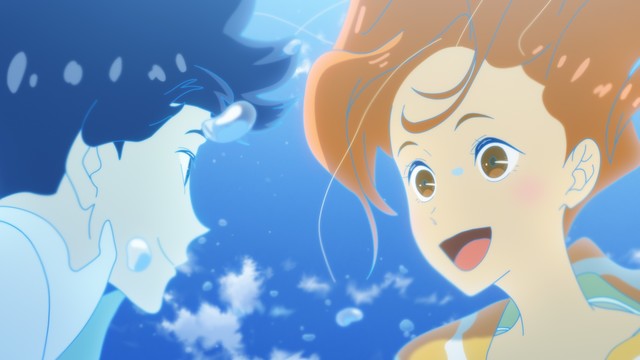 Masaaki Yuasa’s latest, Ride Your Wave, is riding high with a win at the Shanghai International Film Festival. The film was awarded the festival’s Golden Goblet Award for Best Animated Film June 24.

The festival’s jury praised the film for its “excellent balance of animation, color and music to tell a surprising and engrossing story.”

Over the course of the festival, the film was shown a total of five times. An additional three screenings were added when the first two sold out quickly thanks to the popularity of star Ryota Katayose from group Generations from Exile Tribe.

The film, which opened in Japan June 21, is about a young female surfer named Hinako who moves to a coastal town and begins dating a firefighter named Minato (Katayose).

Here’s how Yuasa described the film when it was first announced:

Whether it’s in work or in life, we often feel like we’re “riding a wave.” The phrase “good intentions” ties into that, but waves don’t bend to our desires. We pick our wave and try to ride it. Flow with it. We don’t know if that wave is going to take us where we want to go until we’re done riding it. You can think all you want, but you won’t know until you try. In this tough world, it’s about choosing the best wave you can. I wanted to take a character who’s pure and let them surf.