Death Note isn’t the only series about a god of death to have a continuation announced today.

RIN-NE, also known as Kyoukai no Rinne, the anime series based on the manga by Rumiko Takahashi, will get a second, 25-episode season in spring 2016, reports NHK.

The second season, which will track the continuing adventures of god of death Rinne Rokudo and ghost-seeing Sakura Mamiya, will also introduce some characters that didn’t make it into the first season. An image highlighting some of these characters was released alongside the announcement.

Director Seiki Sugawara commented “the staff are working hard to bring you an even more exciting and fun-filled season than the first. Look forward to it!” 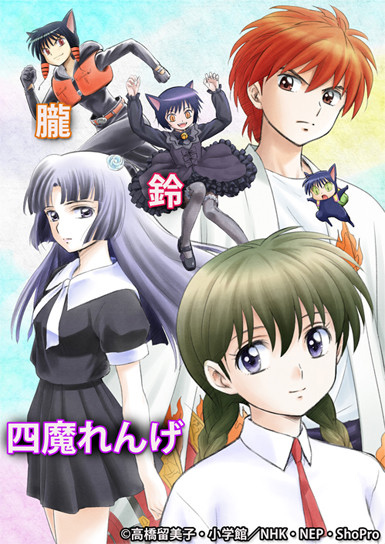