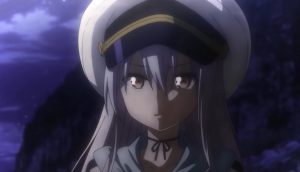 Based on the visual novel by Frontwing and Prototype, the ISLAND anime is set to make its debut this July. Since the series will be streaming on Crunchyroll, the Crunchyroll Collection YouTube channel shared a new English-subtitled preview.

Keiichiro Kawaguchi (Sket Dance) helms the series, with Naruhisa Arakawa (MAOYU) on scripts and Akiyuki Tateyama (Laid-Back Camp) on music for the studio feel production. Check out the new subbed promo below.

The island of Urashima sits on the ocean far, far away from the mainland. The island is so lush and beautiful that one might mistake it for paradise, but the people there are trapped by a complex past and long-established traditions. Long since abandoned and all but forgotten by the mainland, the people of the island are ready to give up hope. But then, a young man named Setsuna who calls himself a “time traveler” washes up on the island. Setsuna has lost all of his memories except for a certain mission that he must fulfill. On Urashima he meets three girls, Rinne, Karen, and Sara, and begins to work toward changing the island’s future. The story of a young man and the three girls he meets on an island full of mysteries and exclusive customs is about to be unraveled…