Nozomu Itoshiki and Kafuka Fura meet in an unusual manner before classes begin. Nozomu’s about to hang himself when Kafuka casually stops him from doing so, claiming that no one could possibly want to commit suicide on a beautiful spring day like this. He disagrees, naturally, because he is positively the most negative person on the planet. Conversely, Kafuka sees everything in a positive light, and it turns out that she’s just one of a diverse group of students in Nozomu’s homeroom class.
Right off the bat, Koji Kumeta’s Sayonara, Zetsubou-Sensei is full of cleverly written dark humor. The cast snowballs from chapter to chapter, each one revealing a new student with yet another serious psychological quirk or, to put it more bluntly, major issues. There’s a female stalker, a student with a “tail fetish,” a young girl that can only express herself through venomous emails, and a handful of others with enough obsessive compulsive disorders to fuel the retirement funds of a few dozen shrinks.
Nozomu’s own bizarre negative behavior actually ends up working in his favor more often than not. The third chapter has him assigned to check up on a student that’s become a hikikomori girl, which basically means she’s a hopeless shut-in. Kafuka ends up joining Nozomu in his visit, and the combination of their negative and positive powers work a magical reverse psychology on the girl, finally getting her out of the house whether she likes it or not.

As each student is introduced, Nozomu doesn’t stop attempting to commit suicide here and there. It starts to seem like a casual exercise, as he chastises one of his students for using one of his top 25 suicide spots, and is hanging by a noose

whenever possible. Even the most serious piece of commentary is twisted into expert satire. Through both Nozomu-who comes to be known on day one as Zetsubou-sensei, or “Mr. Despair-and the rest of his class roster, Koji Kumeta explores different facets of Japanese society that are somewhat troubling at times, and just plain ridiculous at others.

Volume one contains the first ten chapters of Sayonara, Zetsubou-Sensei, as well as a fair amount of bonus content, the best of which has to be a short collection of “paper blogs” from each of the students introduced thus far. Still running in Kodansha’s Weekly Shonen Magazine, there’s plenty of Sayonara to bring out over here, so hopefully this will prove popular enough for Del Rey to stick with for the long haul. The first volume is a great introduction to the brutally downtrodden world of Nozomu Itoshiki and his class, one that’s heavy on the dialogue in all the right ways. Even with a subtitle like “The Power of Negative Thinking,” Zetsubou will more than likely have readers smiling from beginning to end, and comes highly recommended.
Publisher: Del Rey
Story & Art: Koji Kumeta
Rating: OT 16+
© 2009 Koji Kumeta
Koji Kumeta 1Reviews 1291Sayonara 2Zetsubou-Sensei 1 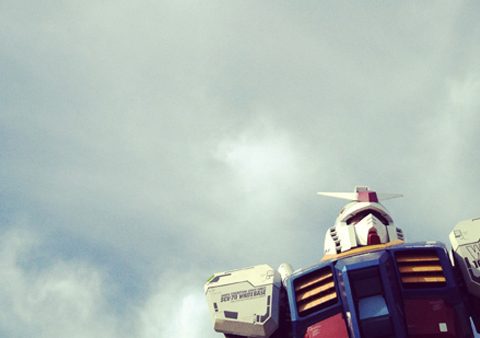