Seven Seas Licenses In This Corner of the World Manga 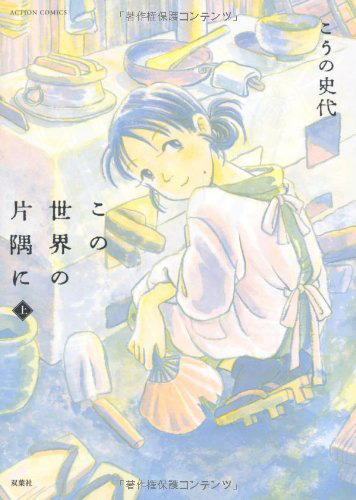 Good news for those interested in last year’s highly-acclaimed historical anime film In This Corner of the World: the manga on which the film is based is getting an English release.

In This Corner of the World, which is about the life of a young woman in wartime Hiroshima Prefecture, has been licensed by Seven Seas, who will release the entire manga in one omnibus volume this fall.

It had previously been released in digital form by JManga which, uh, went bye-bye.

The manga was written by Fumiyo Kono, a Hiroshima native who may be best known in the west for her manga Town of Evening Calm, Country of Cherry Blossoms.

The film was directed by Sunao Katabuchi and was released in Japan in November 2016.