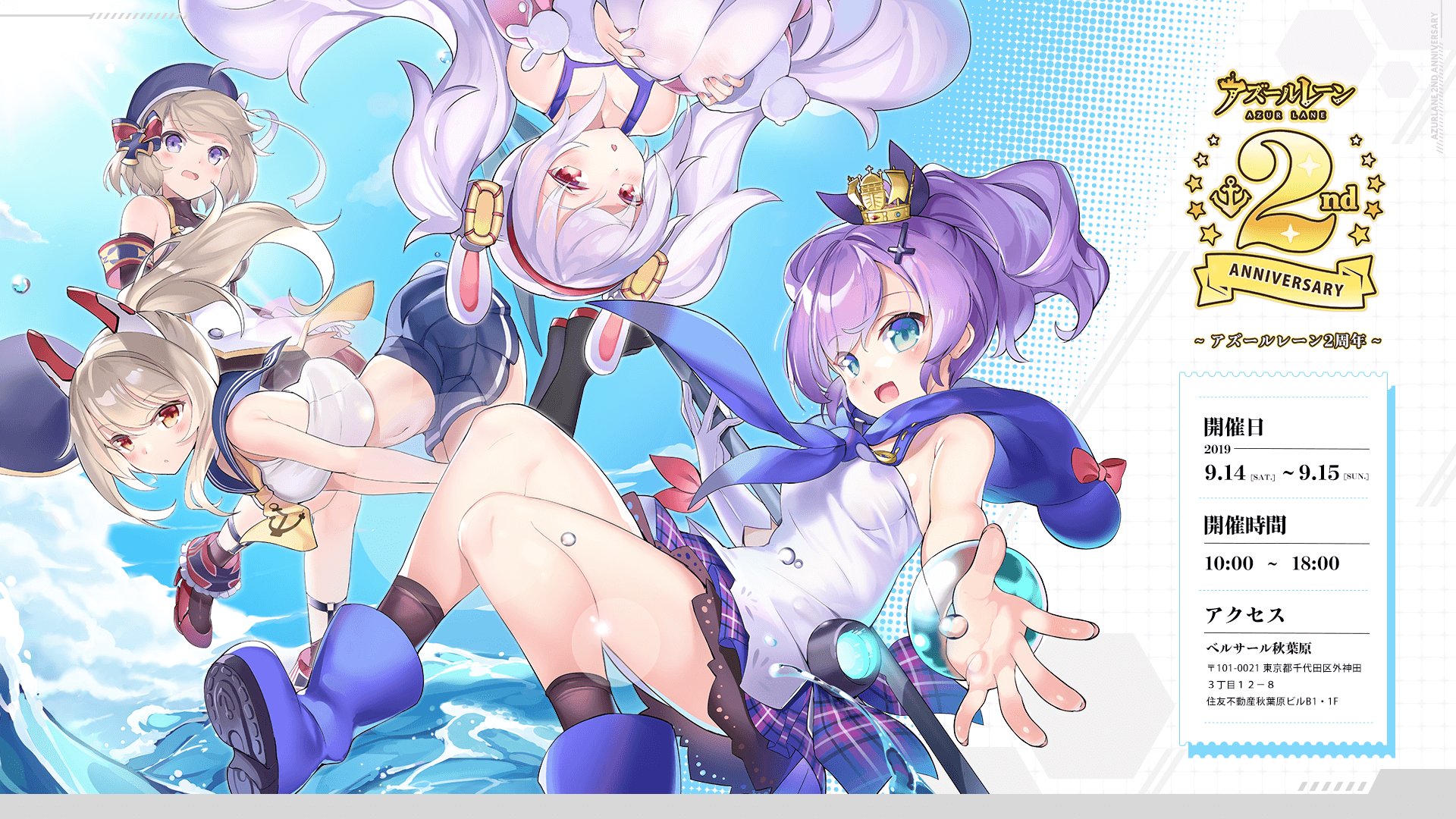 It’s nearly been two years since Chinese mobile game Azur Lane made its Japanese server debut and promptly challenged the success of KanColle. It has since enjoyed a wider release, and there’s even an anime on the way, so the young franchise is definitely due for a big celebration.

Once the doors closed on Comiket 96, the game’s official Twitter came through to announce a second anniversary event. Stage talks, new merchandise, and even the return of some exclusive items from Comiket are among the plans in store, and it’s all set to go down at the Belle Salle event hall in Akihabara next month.

Ship girl fans who happen to be in Japan around that time will want to mark September 14-15 on their calendars.

New Voice Revealed in Didn’t I Say to Make My Abilities Average in the Next Life?! Promo
Kabukicho Sherlock Anime Starts Sleuthing on October 11