Sleeping Princess in the Demon Castle Manga Gets Anime Series 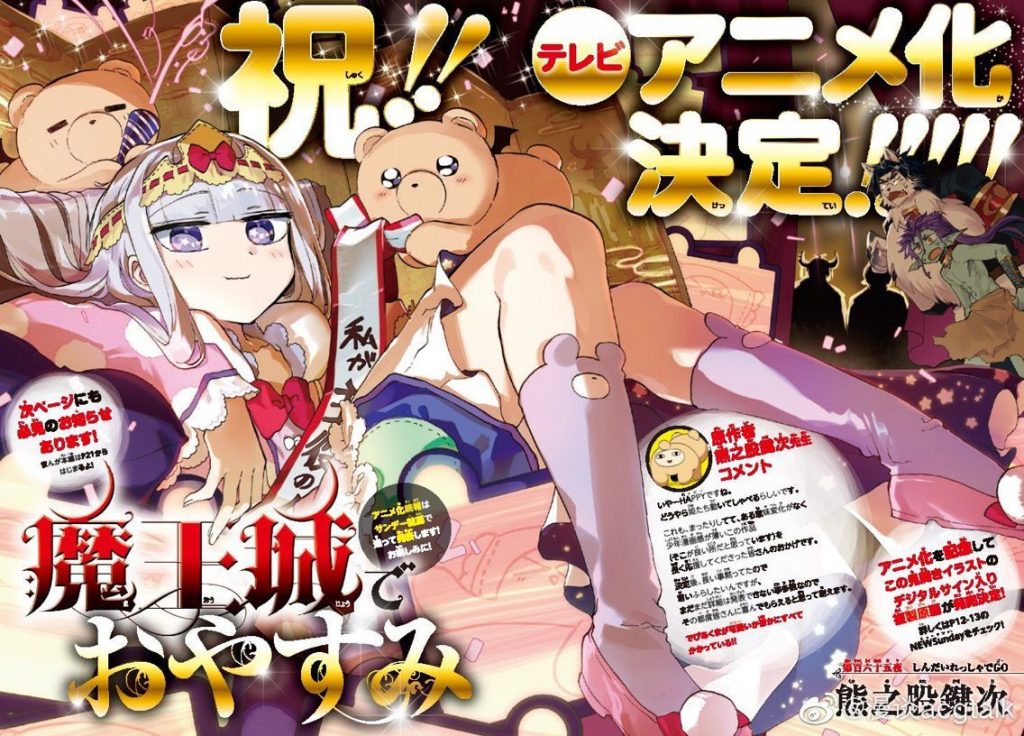 Shh, don’t read this news too loudly—you might wake her up.

Who? Syalis, the titular Sleeping Princess in the Demon Castle of the manga by Kagiji Kumanomata. That manga is being adapted into an anime series, we learned this week.

No details on cast, crew or premiere date yet, but we’ll be sure to update you—quietly—when we hear more.

Viz, by the way, is releasing the manga in English. Here’s how they describe it:

Imprisoned in the castle of the Demon King, all spoiled-sweet Princess Syalis dreams of is a good night’s sleep! Shhh…

Kidnapped by the Demon King and imprisoned in his castle, Princess Syalis is…bored.

She decides to while away the hours by sleeping, but getting a good night’s rest turns out to be a lot of work! She begins by fashioning a DIY pillow out of the fur of her Teddy Demon guards and an “air mattress” from the magical Shield of the Wind. The princess’s hapless demonic guards soon discover that their captive expects to be treated like, well, a princess. Things go from bad to worse—for her captors—when some of Princess Syalis’s schemes end in her untimely—if temporary—demise and she chooses the Forbidden Grimoire for her bedtime reading…