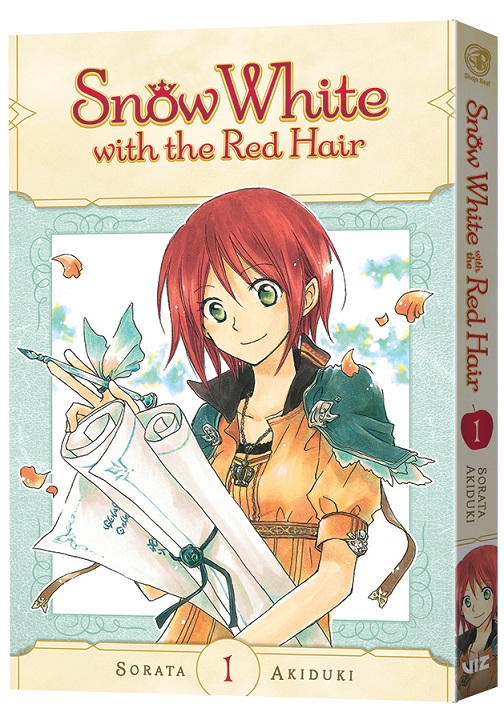 Fairy tales have been written and rewritten over the centuries, so why not do a fairy tale remake in the manga format? In Snow White with the Red Hair, Shirayuki is studying how to be an herbalist when she gets the attention of the crown prince. Even though she’s a commoner, he has his eyes on her because of her fabulous apple-red hair. But he’s not interested in getting to know her, or even in marrying her. He just wants to make her his concubine.

Shirayuki is not interested. She cuts off her locks so that the prince can have her hair if he wants it so much. Then she makes a run for it. While on her own out in the woods she meets up with a young man named Zen and his two guards, and they quickly strike up a friendship. However, the crown prince sends poisoned apples to Shirayuki in an attempt to knock her out and whisk her back to his kingdom. Zen eats the poisoned apple instead, and the crown prince will only cure him if Shirayuki agrees to become a concubine.

The tables turn when Zen doesn’t actually die from the poison, and when he gives the reason why, there’s a whole new twist to the manga. This manga started as a one-shot, so the whole issue with the crown prince is solved (well, mostly solved) in the first chapter. Then Shirayuki has a new set of obstacles to face as she continues to study herbalism and follows Zen into his kingdom. A sweet and melancholic but unrelated short story about a summertime relationship is also included in this volume, plus a very short bonus story with the crown prince and Zen in a William Tell sort of situation.

Shirayuki is a smart, hardworking character, and Zen is friendly and sometimes philosophical, totally at odds with the greedy, clueless crown prince. While the crown prince is a creep, the way he’s portrayed in the book is mostly comedic and not threatening. The manga has been quite successful in Japan, and has launched an anime that’s licensed by FUNimation. A fun, light manga best for shojo fans who prefer softer stories with a strong-willed main character. 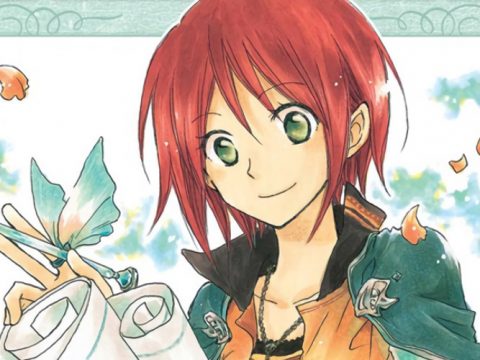 AnimeAnimenewssnow white with the red hair 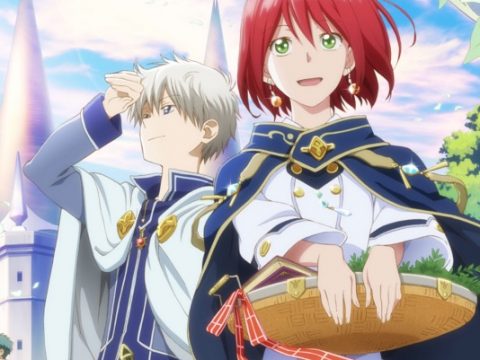 New Visual Debuts for Anime That Asks, “Would You Like Perverts If They Are Cute?”
JUMP FORCE Trailer Throws Hunter x Hunter’s Biscuit Krueger into the Mix