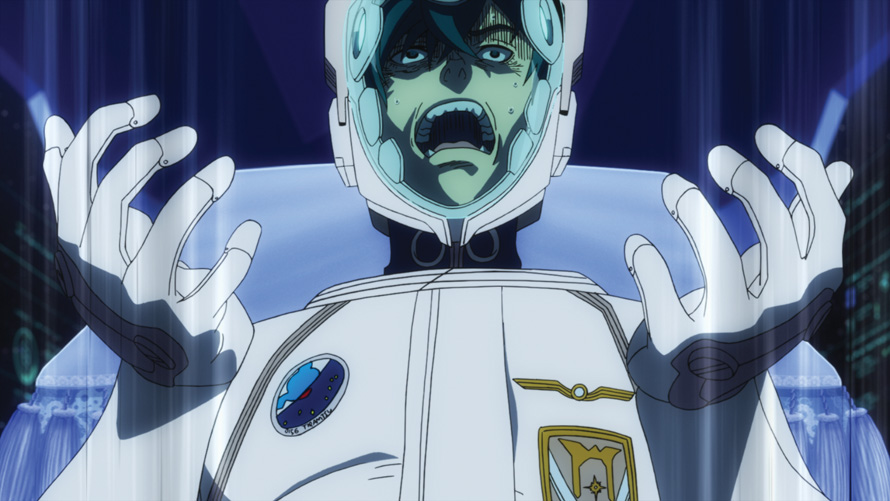 The woes of a mecha pilot

If you’re a fan of giant robot anime or sci-fi in general, 2019 so far is a goldmine of nostalgia. The 40th anniversary of Tomino’s Gundam franchise has the familiar Mobile Suits springing up in commercials and on merchandise, and Evangelion is back in the cultural consciousness with its arrival on Netflix and a new film on course for 2020. So the time is righter than ever to revisit Space Battleship Tiramisu, 2018’s riff on the woes of a mecha pilot.

Nineteen-year-old ace pilot Subaru Ichinose is never happier than when he’s in the cockpit of his giant robot, Durandal. That doesn’t sound too far off for your average mecha pilot, but rather than enjoying the thrill of battle and the fight for justice, he really just wants his personal space. Subaru’s cockpit is his kingdom: the perfect place to enjoy a hot lunch, play video games, or just chill. And anything that gets in the way of that … at all … will not be tolerated. 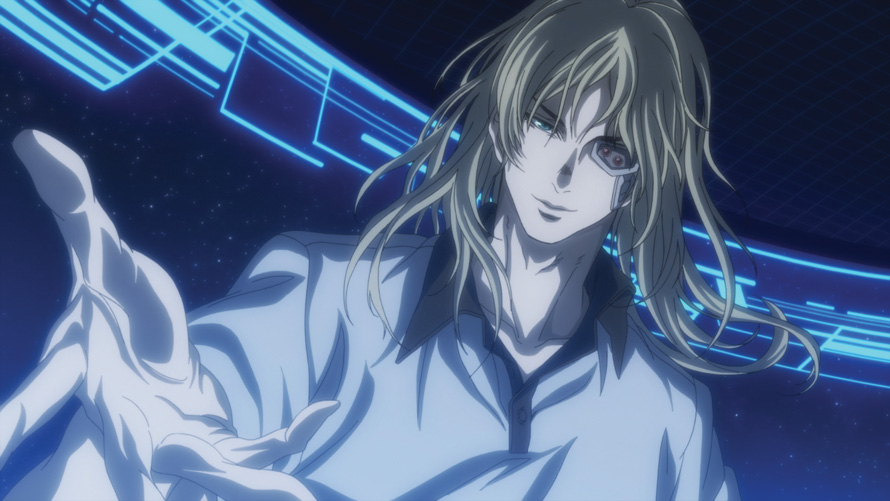 The seven-minute episode structure of Tiramisu leaves it paced like a gag anime; and, at its core, that’s really what it is. Each self-contained gag runs about three or four minutes, exploring issues like the pain of draining instant yakisoba properly or the awkwardness of that one friend who never treats you but skims off your loyalty points. All those things are recontextualized into a space opera setting, but with the same mix of personalities—the audience association character, the oblivious co-worker, the office crush—it plays out in a way that’s still relatable. That said, these moments are obviously from a Japanese point of view, so a few jokes may fly over the heads of anyone not versed in the day-to-day of other societies.

For fans of actual giant robot action, though, there is an underlying plot that quietly spins itself out. Subaru is possessed of Universe Sense, which is essentially Tiramisu’s answer to Newtypes. Both his employers and their enemies are extremely interested in this ability, as the opposing faction Metus attempts to cultivate Universe Sense in as many pilots as possible. Subaru also discovers a heartbreaking conflict of interest when he meets one of the high-ranking officials on the Metus side … though that, too, eventually turns into joke fodder. 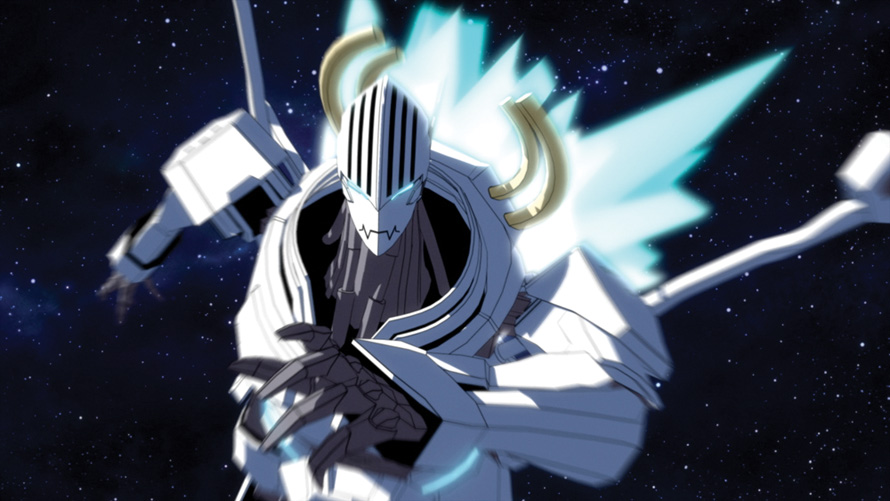 Not all the gags are relatable daily life humor, though: there’s plenty in there for long-time mecha fans. Tropes like liquid breathing and brainjacks are addressed, largely in terms of how they actually sound pretty terrifying and not many people would really want to do either of them given the opportunity. It even sends up “burning blood” final battles, though in a way that grudgingly admits they’re more about the emotion than the actual firepower. There’s eventually a not so subtle Haro expy added to the cockpit of the Durandal, too. 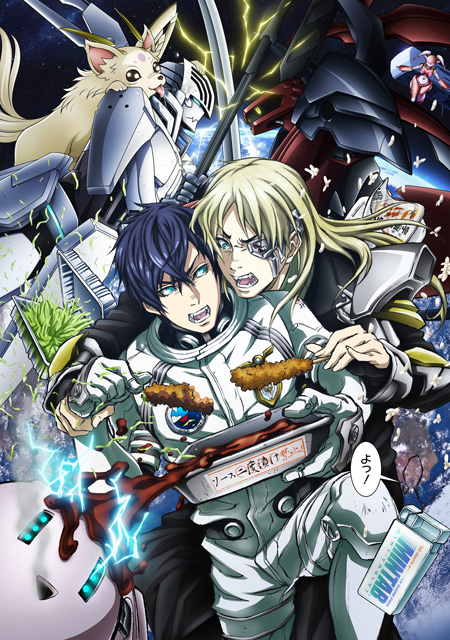 As might be expected of a giant robot parody series, there are voice actors notable by their resumes. Akio Ohtsuka, whose many roles include Gato from Gundam 0083, brings a gravitas to the silly series as narrator. The most inspired casting happens in the second season, though, when Shuichi Ikeda (the voice of Char Aznable and his various alter egos in the Gundam franchise) appears as the villainous Escalade Cadillac.

Bite-sized and self-aware, Space Battleship Tiramisu doesn’t give itself an opportunity to belabor any joke. It’s accessible to pretty much any anime fan, but the Gundam pedigree is clear: this is an ode to the Real Robot anime, with a little super robot and space opera on the side. At times, there’s even enough story at play that the gags feel like unexpected interruptions rather than the linchpin of the series. Plus, the entire show (including bonus episodes) clocks in at around the length of two decently paced movies—perfect for an afternoon’s watch in your cockpit, office, or whatever weird place you call home.