Speed Through 20 Years of One Piece Anime in Anniversary Promo 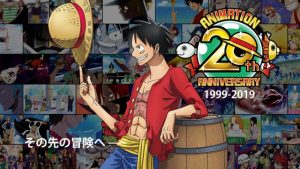 The One Piece anime adaptation has been running strong for 20 years, and a new Japanese website recently went up to mark the occasion. In addition to a chronological table of the anime’s history, a two-minute video was shared to blast through two decades of Eiichiro Oda’s series.

Check it out in English and Japanese below.

Next up for the anime series is 20th anniversary film One Piece Stampede, which hits Japanese theaters on August 9, 2019.