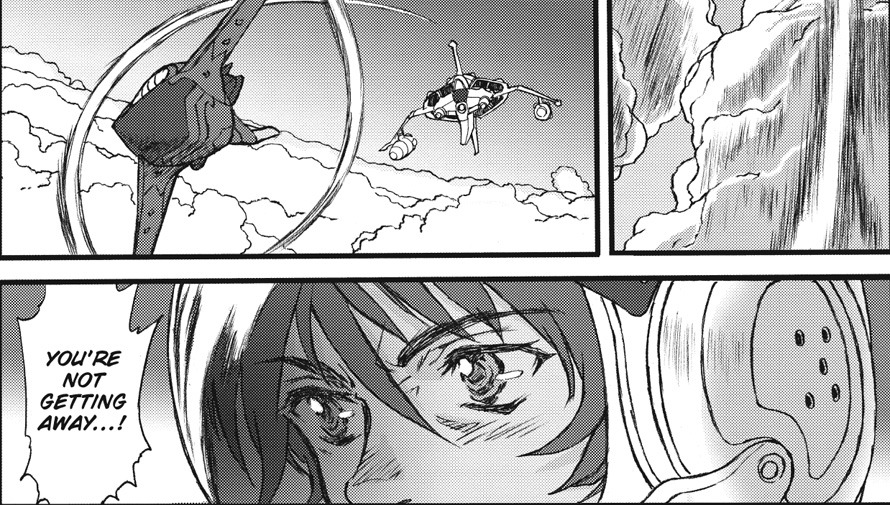 Thrust into the theater of war somewhere in space, reading Space Battleship Yamato 2199, I couldn’t help but to feel like I’d tuned in a few minutes too late to a grandiose epic already several scenes underway. Now over 40 years old, the original Space Battleship Yamato is often cited as the point at which Japanese animation evolved from glorified toy commercials to an art form capable of sophisticated storytelling. Before Gundam, before Hideaki Anno and the generation of creators who grew up on anime, Yamato forged the way toward modern Japanese pop culture. Now the story is being retold in the new anime and manga Star Blazers 2199: Space Battleship Yamato.

Stepping into Yamato without much context is perhaps a mistake, although one that’s softened depending on how many other operatic space war epics the reader has encountered. Right away, Yamato 2199 opens with a battle between the outmatched Earth fleet and a seemingly indomitable opponent known as the Gamilans. Characters shout maneuvers and orders at each other for 20 pages or so, all the while being evaporated by the Gamilans’ superior firepower. Once we cut to Mars and the focus shifts to brash young protagonist Kodai, readers finally get their bearings and learn about the dire situation humanity finds itself in. On the cusp of total extinction, the human race has no hope except for a mysterious message from an advanced alien race promising salvation. 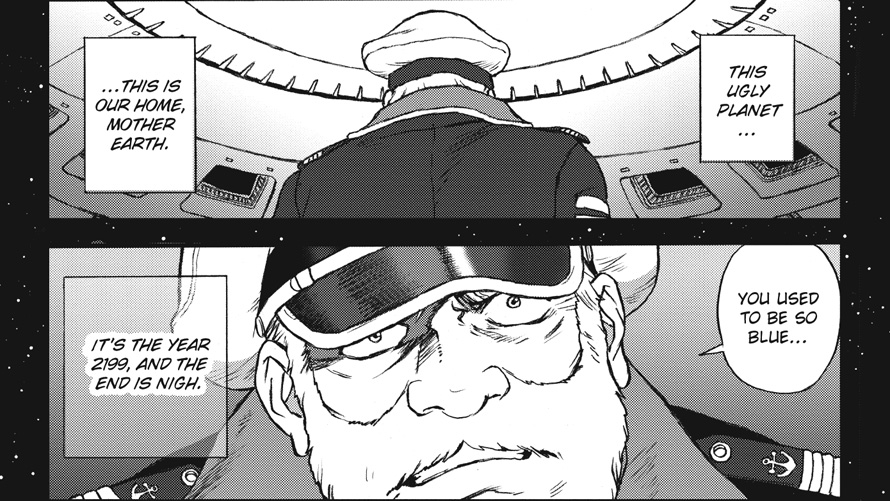 To say that artist Michio Murakawa is a fan of the series is a vast understatement. He was hired to draw Yamato 2199 on the strength of his high-quality dojinshi of the Yamato franchise. The Yamato 2199 manga is both a work with a “fans first” ideology and an attempt to 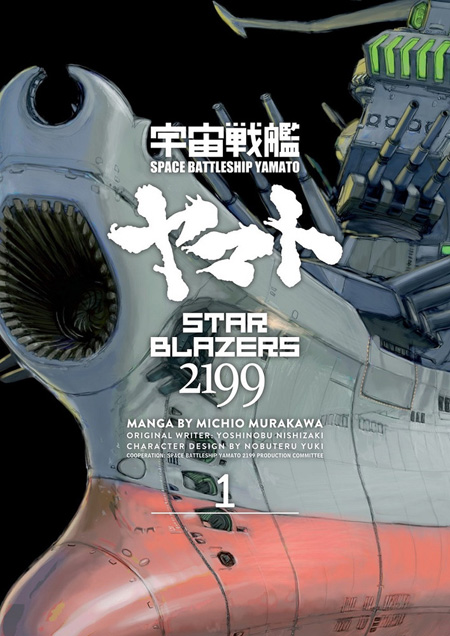 polish Leiji Matsumoto’s original manga into a more definitive take, something along the lines of what Yoshikazu Yasuhiko did for the Gundam franchise with Gundam: The Origin. But while Gundam: The Origin works as a starting point as a well as a rewarding supplement for longtime fans, Yamato 2199 has no qualms about leaving new readers in the dust. The exposition flies through the history of the remaining Earthlings, speeds past technological jargon like the wave motion engine, and handwaves away the reality of military structure to celebrate pure guts and the human spirit. It’s too much and moves too fast for the scope of the story. Maybe it works better in animation, but the manga needs to take time to develop the setting instead of rushing to get the Yamato and her crew in flight.

It’s difficult to criticize any version of Yamato, given how important it is to the history of both anime and manga. The excellent afterword section provides a lot of the context required to understand what Yamato means to fans, to the point that perhaps these essays would have been better placed before the manga. Readers can see the love that went into Murakawa’s crafting of Yamato 2199, making his book an easy sell for someone who is already a fan of the series but perhaps not ideal for newbies without a vested interest in space operas.