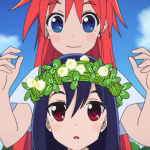 Sometimes we have a grand plan for our lives, and other times we find ourselves unexpectedly falling smack dab into the middle of our ultimate calling. That second possibility hits middle-schooler Cocona like a sack of psychedelic bricks in the Flip Flappers anime, coming soon to home video in a loaded Premium Box set. 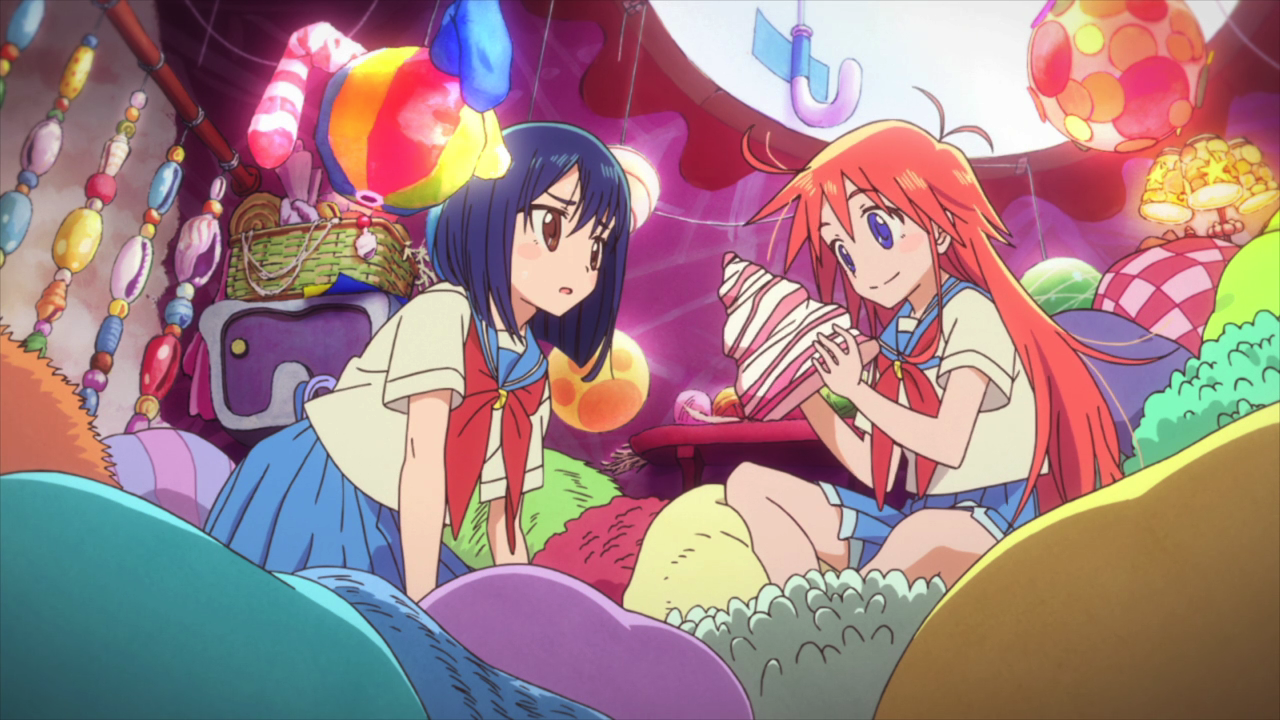 From the moment Cocona meets a strange girl named Papika her life turns completely upside down. That’s true both literally and figuratively, as she is thrust into the role of a magical girl in a secret organization known as Flip Flap. Together with Papika she bounds through an alternate dimension called Pure Illusion, where nothing is ever quite as it seems.

Within Pure Illusion lies a scattered collection of crystal shards, which Cocona and Papika feverishly race to collect. They’re not the only ones after the shards, however, and they frequently find themselves facing off against a rival organization in an effort to get their hands on them first. What makes these shards so special, though, and why does it seem as if both groups will stop at nothing to beat the other to their sparkling quarry? 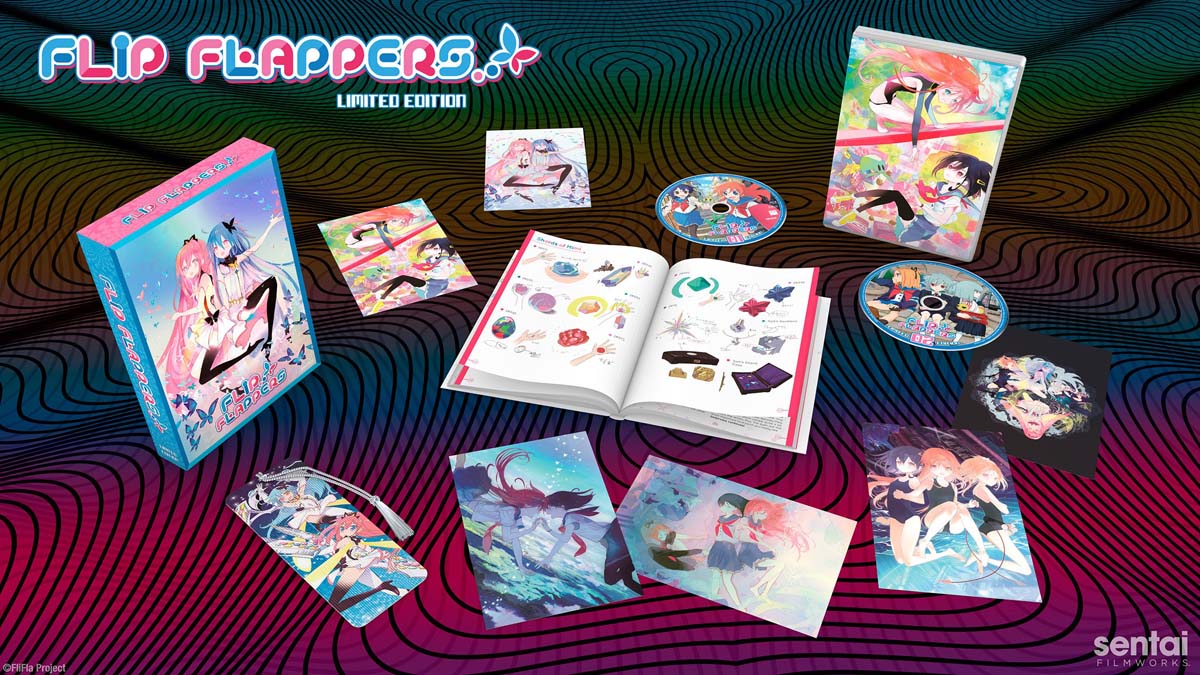 Understatement: Flip Flappers is a Psychedelic Take on Magical Girls 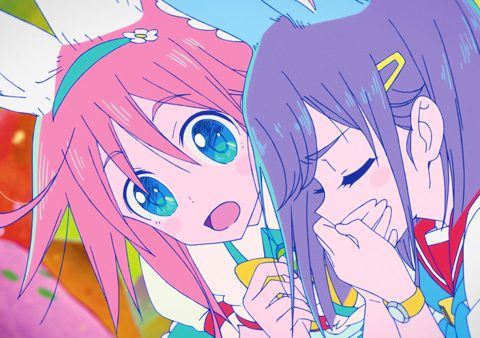