Stravaganza: The Queen in the Iron Mask [Review] 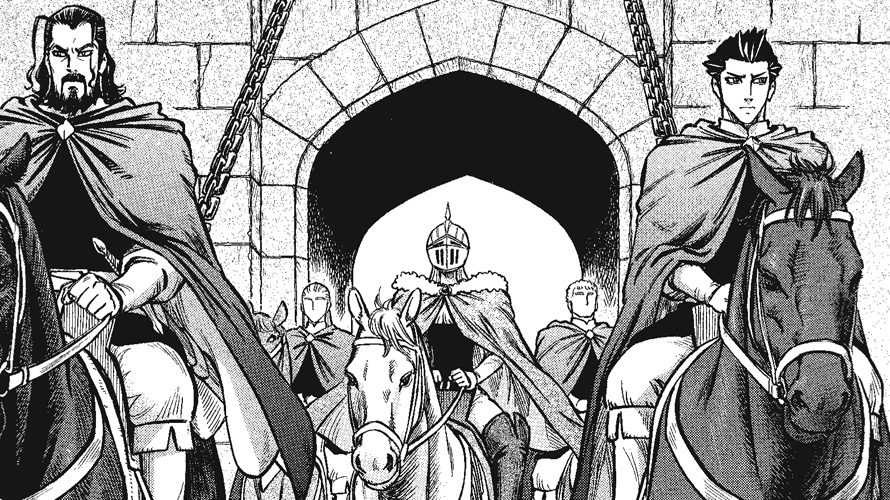 In the fantasy kingdom of Mitera, a beautiful warrior woman roams the forest in hot pants, fighting monsters. She’s secretly Queen Vivian, the ruler of Mitera, who is trained to lead her army in battle but can’t resist sneaking out to protect her kingdom personally. Back at the palace, she navigates court intrigue while wearing, at all times, a medieval knight’s helmet that conceals her face. Why? Because that’s what Akihito Tomi likes to draw, that’s why.

Stravaganza is a fantasy/action/T&A manga that seems blithely unaware of how deeply weird it is. The fantastic art recalls grimdark fantasy manga like Berserk or Claymore, but with most (though not all) of the violence replaced by cheesecake shots and the strange central image of the helmeted queen. In the process of defending her kingdom from monsters and fighting off human sleazebags, Vivian constantly flashes her butt and boobs and loses key articles of clothing. She spends much of her downtime being slowly bathed, dressed, and undressed by her equally beautiful handmaid Luba. After the queen accidentally flashes her subjects during an address, her breasts popping out of her low-cut gown, the caption text drily states, “From this day, her fame spread across the world.” You don’t say. 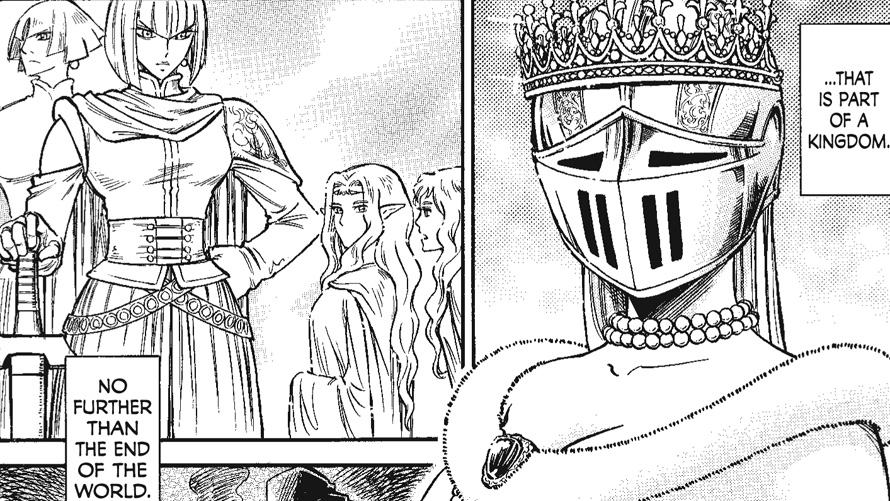 Tomi seems to keep changing his mind about whether or not any of this ought to have a plot. After an action-packed opening, the manga settles into a series of stand-alone chapters designed to explore every imaginable fanservice possibility. Queen Vivian befriends an exotic dancer so several pages can 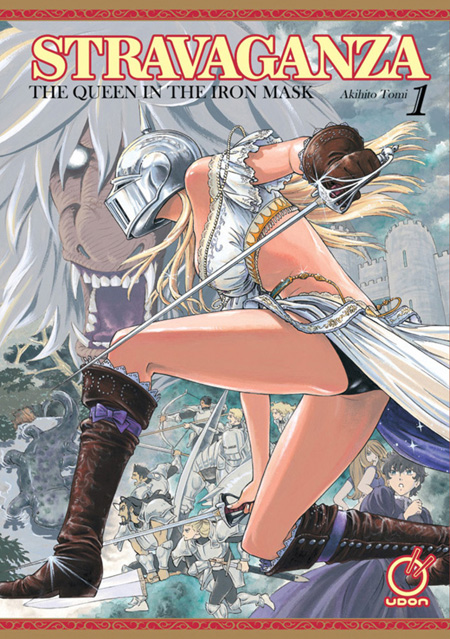 be devoted to a strip show, fights a dirty old man who’s mastered the art of yanking women’s tops off, gets spanked by beefcake-y knight Dorn, and disguises all her handmaidens as herself, because a roomful of women in ballgowns and iron helmets has to be somebody’s fetish. Then it’s back to serial storytelling as Vivian and her army battle yeti-like monsters called Umber (the early chapters introduce other interesting looking fantasy creatures, which are promptly forgotten) and evacuate the populace to a land of friendly giants. This can lead to only one thing: sexy giant women.

It’s to Stravaganza’s credit that it neither knows nor cares how seriously to take any of this. If the tone is all over the place, at least it never gets morose or self-important. It’s got great art, well-choreographed action, a ridiculous amount of cheesecake, and a nonsense plot. But sometimes that’s just the right mix of manga ingredients.