Studio Trigger looks to get a Kickstart 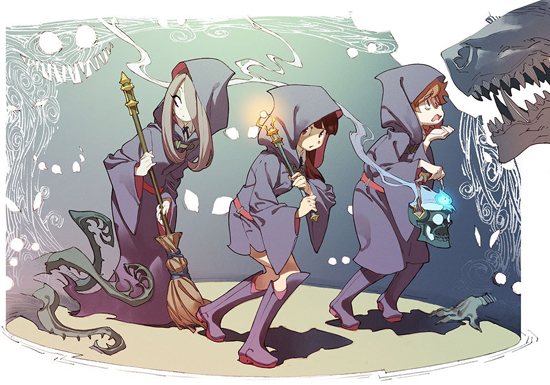 If there’s one thing around we write about as much as Evangelion, it’s gotta be Kickstarter. Since about this time last year, the crowd-funding site became the hot new thing when it comes to anime.

Just to recap, on Kickstarter itself, we’ve seen the successful funding of Production I.G.’s short Kick-Heart, the Time of Eve film on Blu-ray, Mirai Mizue’s Wonder, and about a dozen Osamu Tezuka manga. On top of that, we’ve seen the rise of Kickstarter-esque sites like Anipopo and Anime Sols. 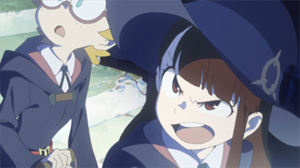 So it’s no wonder there’s more Kickstarter news to report. This time the Kickstartee is Studio Trigger, the recently-founded offshoot of Studio Gainax, who set out to fund another episode of their Little Witch Academia. The first episode was funded through a government program called Anime Mirai (Anime Future) which promotes young animation talent. This time, though, Trigger took things directly to the fans.

And the fans responded. Within five hours of starting their campaign, Trigger brought in the requested $150,000. With a month left in the campaign, ostensibly Trigger can anticipate raking in well over their original goal.

You can also view the official English-language page, follow Trigger on Twitter , and even watch the original Little Witch Academia in its entirety on Youtube. How nice of them.

This story originally ran in the 7/9/13 issue of the Otaku USA e-News
e-mail newsletter. If you’re not on the mailing list, then you’re reading it late!
Click here to join.