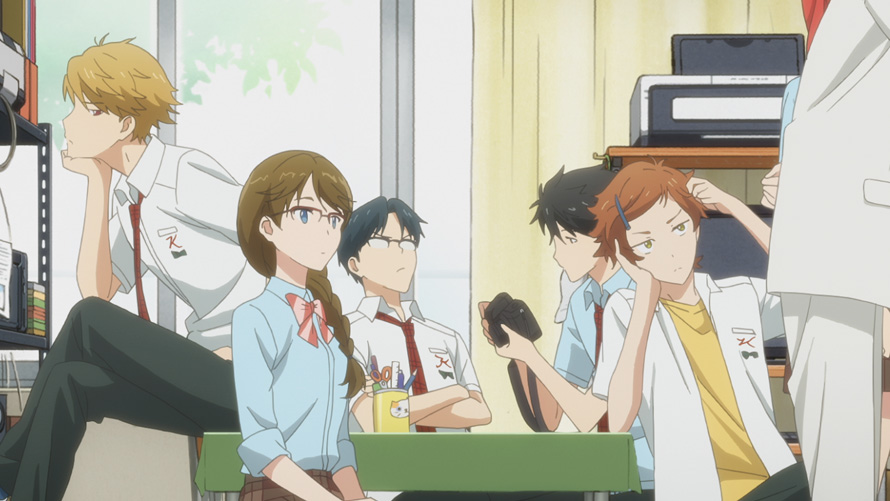 If you’re a fellow anime cynic, the very term “transfer student” is bound to set off warning bells, but Tada Never Falls in Love, via the draw of its own sardonic title and compounding of precepts, amazes by disappointing. That’s to say this anime, based around the dramedy of school club activities and its characters’ day-to-day experiences, is very much worth your time, and I’m going to try and convince you why in the difference between however many words I’ve wasted so far and my total allotted count: Nyanko Big. 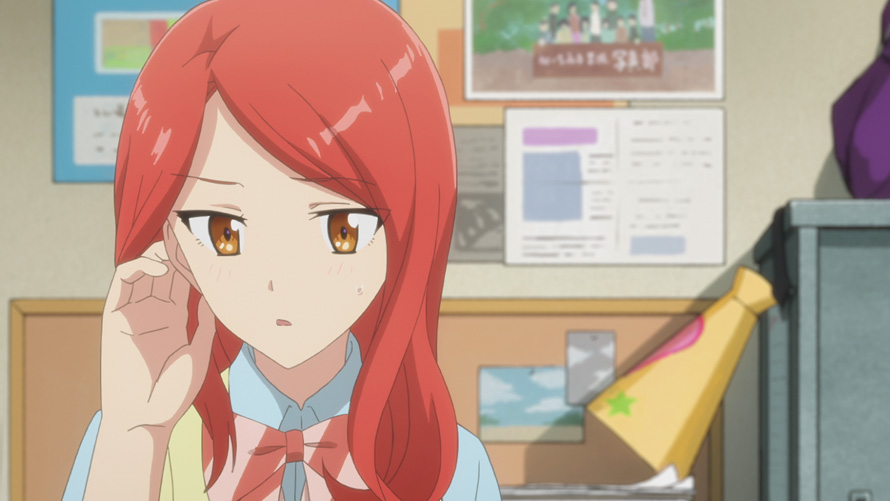 Tada Never Falls in Love is very much both set in a high school and involves club activities. This isn’t so bad (especially if you’re in high school and looking for self-insert characters), except that the rest of the show, arguably its better half, makes it seem so by comparison. Because the show’s initial premise primarily focuses on Teresa’s picture-taking tutelage under Tada and the bond that develops between them, the setting and situation are naught but a convenient plot device meant to emphasize how the disparity between their respective stations exposes a certain and seemingly unconquerable distance. Will either or both overcome circumstance is the question this drama begs of its audience. The answer is … watch the anime yourself.

The amazing aspects of Tada Never Falls in Love, the ones that’ll keep you watching episode after episode, are the ones you least expect, like uncredited, expressionless cameos (save one unfortunate call out) and running gags based thereon; a surprising and highly amusing narrative switch; Theresa’s obsession as a gaijin versus its actual presence in Japan; and just how well a show-within-a-show formula can be teased and ultimately realized. If you’re a fan of the infamously informal three-episode test, then Tada promises you all you need upfront only to bait and reward via surprise throughout the show’s run. 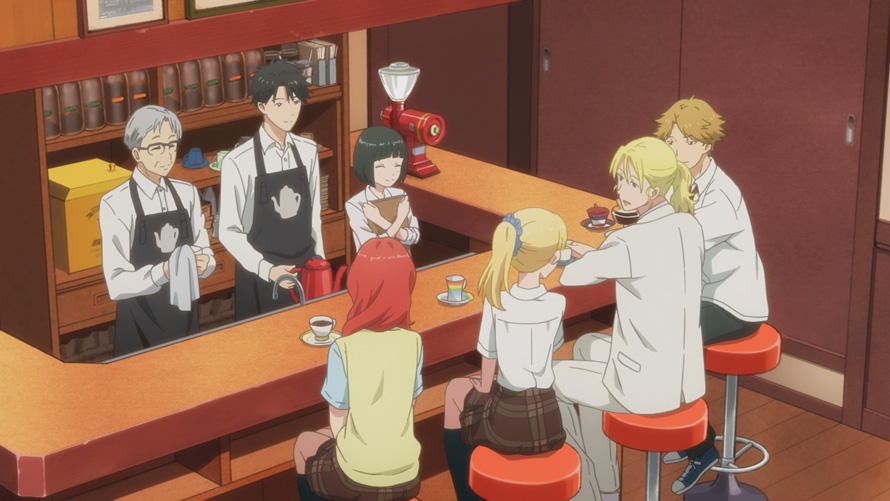 As a foil to the club-based premise, the happenings beyond the school grounds are what ultimately ensure enjoyment. The coffee bar at which Tada works with his grandfather and entertains his friends after school serves as a sort of Tom’s Restaurant for both the main and eccentric supporting characters. The comedy here definitely trumps the situations and conflicts set up by the lackluster club activity scenes. Of note: the show’s handling of one character’s obsession with another goes delightfully unrealized, and a lot of the love interests are paid little mind … save for, if anything, tongue-in-cheek nods and unanswered gags/proddings.

Tada Never Falls in Love is not a breakthrough anime by any means, but it is a surprising bit of entertainment that puts a few twists on an existing formula to create something original. While the comedy is what will ultimately make you watch episode after episode, the drama isn’t easily dismissible either. (There are a few scenes that are so realistically executed as to be downright heartbreaking.) There’s something timeless about youthful infatuation. It speaks to nostalgia and a yearning for simpler times. Even though Tada Never Falls in Love uses a needlessly complex situation to flesh out its characters, its moral is as universal as it is earnest and heartfelt. Recommended.

This story appears in the December 2018 issue of Otaku USA Magazine. Click here to get a print copy.

Go For It, Nakamura! [Review]
Konosuba -God’s Blessing on this Wonderful World!- Film Opens in 2019