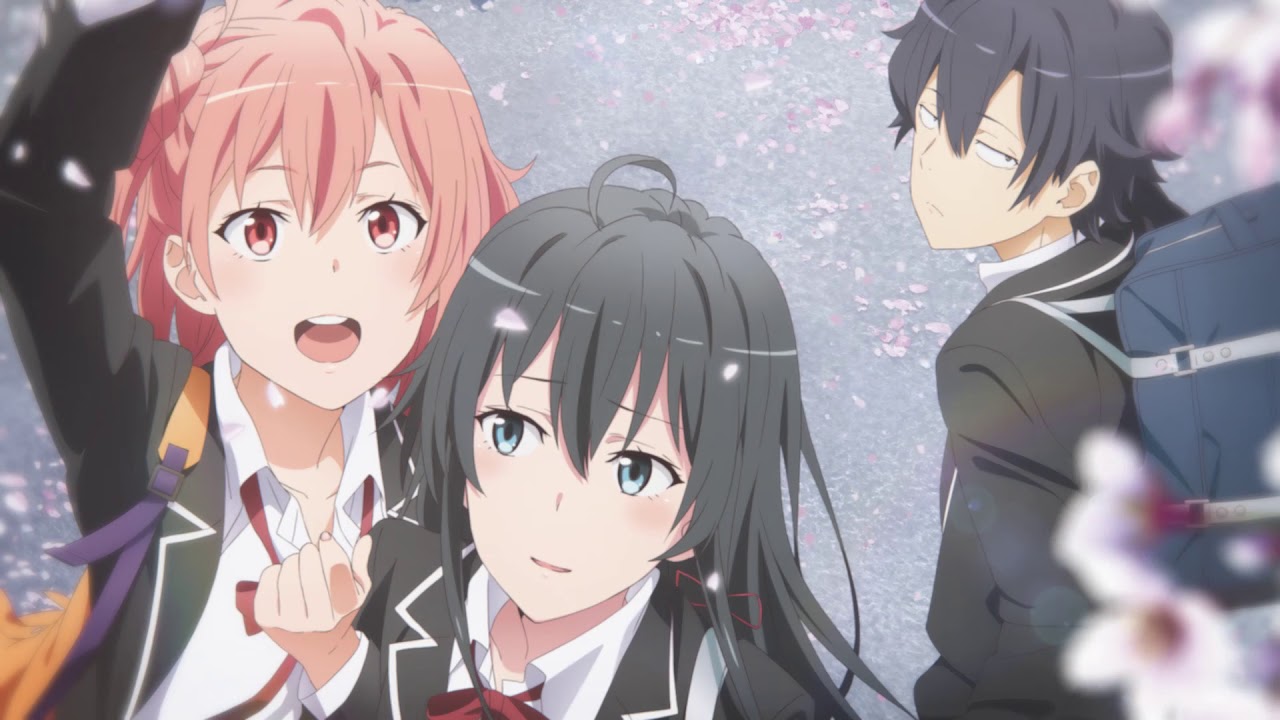 One of the most anticipated returns—of quite a few, it seems!—this year is My Teen Romantic Comedy SNAFU season 3. More of the TV anime adaptation of writer Wataru Watari and illustrator Ponkan 8’s hit light novel series was announced back in March of last year, and the previously-revealed Spring 2020 premiere timing has been whittled down to April 9.

SNAFU season 3 will broadcast on TBS in Japan on Thursdays in the 25:58 slot, which is basically 1:58am Japan Time on Fridays.

Crunchyroll streamed the first two seasons as they aired. Here’s the official synopsis:

So exactly what’s going to happen when Hachiman Hikigaya, an isolated high school student with no friends, no interest in making any and a belief that everyone else’s supposedly great high school experiences are either delusions or outright lies, is coerced by a well meaning faculty member into joining the one member “Services Club” run by Yukino Yukinoshita, who’s smart, attractive and generally considers everyone in her school to be her complete inferior?

And here’s the teaser that debuted last year: