While we still haven’t gotten the subtitled streaming version of The Seven Deadly Sins anime—based on the manga by Nakaba Suzuki—in our region, it’s gearing up to return for more in Japan. The series’ 2016 return was announced in a 15-second commercial that aired during the final episode of The Heroic Legend of Arslan anime, and you can see the quick burst of footage below.

More info will be coming via the anime’s official Twitter, but for now we know the staff and cast of the first season are set to return. 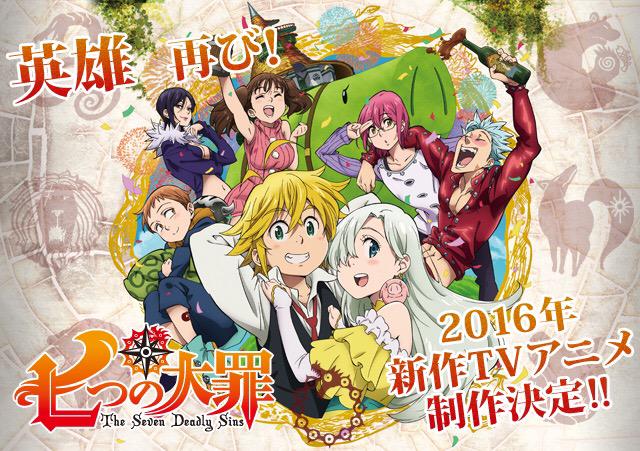